The U.S. needs to get with the program and cut unnecessary use of antibiotics in agriculture 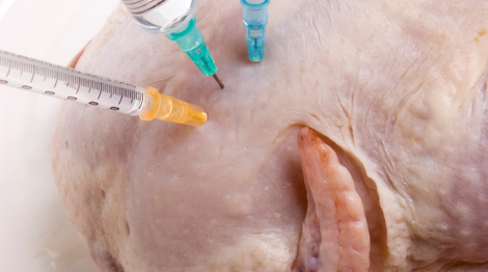 According to the U.K. report, Tackling Drug-Resistant Infections Globally: Final Report and Recommendations, an estimated 700,000 people die each year, globally, from resistant infections, and that number is projected to rise to 10 million per year by 2050 if significant action is not taken. The report explicitly calls for reducing the use of antibiotics in agriculture, and outlines proactive measures countries should take to achieve significant reductions. The authors recognize antibiotic resistance from agricultural uses as such a threat that they advocate for a massive global public awareness campaign, “so that patients and farmers do not demand, and clinicians and veterinarians do not prescribe, antibiotics when they are not needed.”[1]

Unfortunately, U.S. policy discussions on combatting antibiotic resistant bacteria lack any such significant statements, and U.S. activities on antibiotic stewardship downplay the importance of reducing antibiotic use in animals raised for food. Instead, measures in the U.S. focus predominantly on the public health sector, where doctors and hospitals are encouraged to resist doling out unnecessary prescriptions to human patients. Very little attention is payed to promoting solutions and alternatives in the agriculture sector. This is unacceptable – especially considering that the livestock industry accounts for the vast majority of antibiotics sold annually in the U.S.

The proper use of antibiotics “can maintain animal health and welfare, as well as food security,” as the report acknowledges. However, antibiotics are largely not used for treating sick animals, but instead to either to prevent infections that often result from poor farming practices, or to artificially promote growth.[2] The authors of the report caution “antibiotic use declared to be prophylactic [for disease prevention] may increase when use for growth promotion is banned, as some users may try to ‘game the system’.”[3]

The report proposes three broad steps for countries to take to successfully reduce use in agriculture, illustrating how far behind the U.S. is in comparison:

1.       Ten-year targets to reduce unnecessary antibiotic use in agriculture, with milestones to measure progress

The report recommends that countries establish and achieve clear targets for reducing antibiotic use in agriculture. In the U.S., the minor emphasis on addressing antibiotics in animals has consistently referred to promoting “stewardship” or “judicious use” rather than explicitly calling for reductions. Neither the Food and Drug Administration (FDA) nor the U.S. Department of Agriculture (USDA) has publicly indicated plans to set clear targets for reductions.

In addition to overall reduction, the report recommends that certain antibiotics—particularly those important to human medicine—should not be used in agriculture at all, or only under very strict conditions. In the U.S., action has so far has merely added the requirement that medically important antibiotics may be used in animal feeds only under the express direction of a veterinarian, and requested that makers of animal drugs voluntarily remove growth promotion claims from the labels of medically important antibiotics. There is no action at the federal level to curb continued, routine use to keep animals from getting sick in the confined, crowded, and unsanitary conditions common in intensive facilities like CAFOs. We have seen some positive steps at the state level – in California, legislation was passed in 2015 which prevents the use of a medically important antimicrobial drug solely for purposes of weight gain or improved feed efficiency, and prohibits the use of these drugs in a regular pattern.

3.      Improve transparency in the industry

The recent increase in voluntary action by producers and retailers like McDonald’s, Wal-Mart, and Tyson’s to address antibiotic use in their meat and poultry supplies is a strong strategy in the short-term. But we cannot rely on voluntary action alone. The report calls for “mandatory transparency requirements for producers and retailers.”[4] A standardized, audited product labeling system that conveys levels of antibiotic use will help consumers make informed food decisions that align with their values.

But to achieve any of these goals, more data on the types, quantities, and purposes of the antibiotics used in animals is urgently needed. Currently, the only data on antibiotic use in agriculture in the U.S. are figures collected from drug companies on the amount of antibiotics sold for use in animals each year. This provides information specific to one end of the supply chain, and does not tell us how much antibiotics are being used on farms or for what reasons. Center for Food Safety has consistently asked FDA and USDA to outline concrete plans for collecting use data at the farm level.

So, even with minimal data, how can countries achieve actual reductions in use? According to the report, “changes in production practices and animal husbandry systems to improve hygiene, and reorganising the planning of production sites to reduce disease” will in turn reduce reliance on antibiotics.[5] In other words, management practices that promote the health and well-being of the animals, such as allowing for natural growth rates and providing high-quality feeds, access to the outdoors, adequate space, and clean facilities, are critical for reducing the need for preventative antibiotics in agriculture. The U.S. must start making policy decisions that reflect the need for better management and fewer antibiotics for food animals. 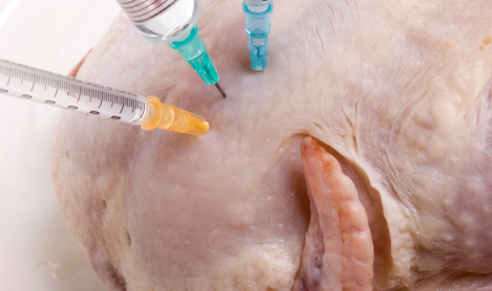 To sustain themselves, Animal factories demand an extraordinary use of pharmaceuticals…
Read More 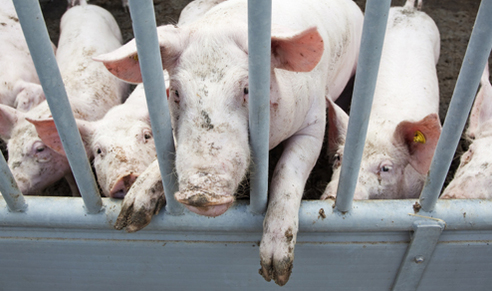 Dangerous Superbug Detected in the U.S. for the First Time

Bacteria resistant to a critical, last-resort antibiotic have been found in at least one person and one pig. WASHINGTON —Yesterday, the U.S…
Read More