Too Big to Fail? Not on Our Watch! Fighting Factory Dairies to Protect Pacific Northwest Communities 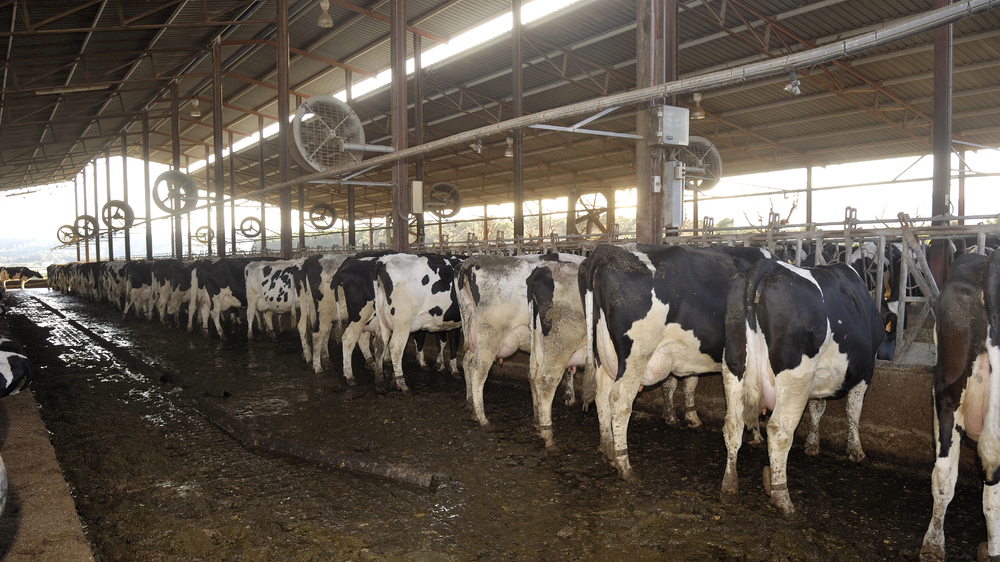 We know what we love about the Pacific Northwest: unique and breathtaking landscapes from the mountain ranges to the Pacific Ocean; acres of local farms growing everything from berries to wine grapes to pastured chickens; and an unrivaled farm-to-table food culture. What you don't picture when enjoying cheese from a local creamery or trendy ice cream are factory dairies that confine thousands of cows, generating lakes of animal waste that pollute groundwater and emitting not just foul odors but dangerous air pollutants and greenhouse gases. This disturbing picture is the unfortunate reality of the factory dairy industry in Oregon and Washington.

That is why Center for Food Safety (CFS) is working to protect what we love about the Pacific Northwest and the communities sacrificed to this dirty industry. From the massive concentration of dairies in Washington's Lower Yakima Valley threatening public health to the unchecked expansion of large-scale mega-dairies across the Columbia River in Oregon, CFS is fighting this polluting industry and holding our government accountable for not sufficiently protecting our air, water, animals, and family farmers.

Instead of pasturing animals, factory dairies raise large numbers of animals in intensive confinement, concentrating their manure which is then spread untreated on open fields. The sheer amount of waste is shocking: in Washington, around 1.4 billion gallons of dairy cow waste is produced each year, which is the equivalent of 2,143 Olympic swimming pools or more than 66 times the population of Seattle. Morrow County in eastern Oregon is home to tens of thousands of dairy cows generating several times the waste of the Portland— untreated! The groundwater in the Lower Yakima Valley, WA and Lower Umatilla Basin, OR is so contaminated by factory dairies that the nitrate levels are many times higher than the safety threshold for drinking water. Nitrates, which are odorless, colorless, and flavorless, can cause serious health impacts, like "blue baby syndrome," cardiovascular and reproductive disease, and even cancer. Despite creating as much or more pollution than other industrial activities, factory farms have largely been exempted from following federal and state laws protecting water and air quality.

The rapid growth and consolidation of the dairy industry has fueled the rise of super-large factory dairies in Oregon, known as mega-dairies. Opened in 2001, Threemile Canyon is the largest mega-dairy in Oregon—likely largest in the country—housing a whopping 70,000 cows. This many cows in one place cause air pollution that contributes to haze in the Gorge (ammonia) and climate change (methane and nitrous oxide). This expansion of mega-dairies not only brings massive amount of pollution—it threatens small and midsized Oregon dairies. Between 2002 and 2007, an average of nine family dairies went out of business each month, and Oregon has lost more than third of its licensed dairies since 1997, despite the total number of dairy cows and number of dairies with over 1,000 cows tripling.

In 2017, despite a flood of public opposition, Oregon welcomed in the state's second-largest mega-dairy: the ill-fated Lost Valley Farm, a 30,000 cow operation just down the road from Threemile Canyon, which would have generated 187 million gallons of waste per year. CFS, along with a coalition of local and national groups urged the state to say no to Lost Valley, given the existing air and water quality problems in the Columbia River Gorge and Lower Umatilla Basin, caused by Threemile and other mega-dairies. CFS and the coalition sounded the alarm when the now-infamous Greg te Velde, a factory dairy owner from California, started building Lost Valley before even receiving a permit. Oregon's Department of Agriculture and Department of Environmental Quality ignored this red-flag, and approved the permit despite opposition from over 4,000 Oregonians on the grounds that Lost Valley would produce as much waste as a mid-size city, but be totally exempt from air quality controls and worsen the existing groundwater nitrate pollution and scarcity. Not only are mega-dairies massive water polluters, they are also enormous water users, and Lost Valley was poised to extract nearly 1 million gallons of water per day. What's more, because the state approved its permit before it secured water rights, Lost Valley was exploiting a water permit loophole to draw water from an aquifer closed to new withdrawals for decades.

CFS and its partners asked the state to reconsider its decision, but despite the warnings, Oregon rolled out the red carpet for Lost Valley, assuring the public that the permit was strong and the environment and public health would be safe. However, from the time it opened, Lost Valley committed over 200 permit violations: letting waste pile up in pens and forcing cows to stand ankle-deep in their own manure; improper storage of manure; overflowing lagoons and improper management of dead animals. The state first attempted to get Lost Valley to comply with its permit through the courts, but te Velde ignored the weak settlement, forcing the state to seek criminal contempt of court sanctions to stop the violations before the 2018 winter rains started. VICTORY: CFS, along with our coalition partners, mobilized our members and called on Governor Brown to shut down Lost Valley, and thankfully the state finally revoked Lost Valley's operating permit in June 2018.

Sadly, the story of Lost Valley is not over: it was bought by Easterday Farms, a feedlot and crop outfit from Washington State. The new owners have already submitted an application to reopen the mega-dairy with nearly the same number of cows, before cleanup at the site is even complete. Nor is Lost Valley an isolated case or lone bad-actor—the problem is more complex than one badly managed operation. The state's existing rules are not up to the task of protecting our water, air, public health, animal welfare, and family farms from mega-dairies, especially those like Lost Valley that are "too big to fail." That is why CFS and its coalition partners are calling for a moratorium on new or expanded mega-dairies in Oregon. The moratorium campaign succeeded in getting a bill introduced during the 2019 Legislative Session, but our legislators failed to take any meaningful action to prevent another Lost Valley disaster.

Like Oregon, Washington's Governor Inslee and Department of Ecology have completely failed to reign in the pollution from the factory dairy industry, instead issuing an extremely weak general permit that fails to protect the state's ground and surface waters, including drinking water. Over a third of all the dairy cows in Washington are concentrated in the Lower Yakima Valley, causing the kind of drinking water contamination that has been liked to rural America's "own private Flint". Despite a landmark lawsuit and settlement years ago—where four dairies in Lower Yakima Valley agreed to implement sweeping changes to their operations, including groundwater monitoring—Washington's regulators have failed to require these same protections of the rest of the industry. While some dairies have begun to clean up their act, many others have not and continue to violate federal laws by polluting groundwater with excess nutrients, causing unsafe levels of nitrates in neighbors' wells. Rather than enforce the laws and live up to its supposed commitment to defending the environment, the Inslee administration has sacrificed the people of Yakima County (nearly 50% Latinx) for the profit of the factory dairy industry. That is why CFS is challenging Washington's weak dairy water quality permit in the state courts, and taking factory dairies to court to stop their contamination of local drinking water supplies. 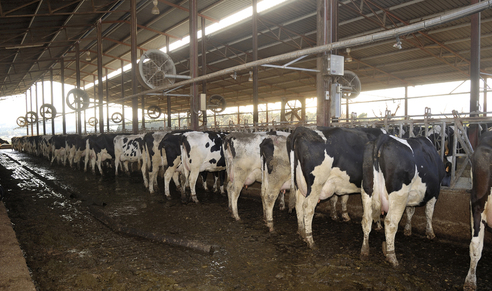 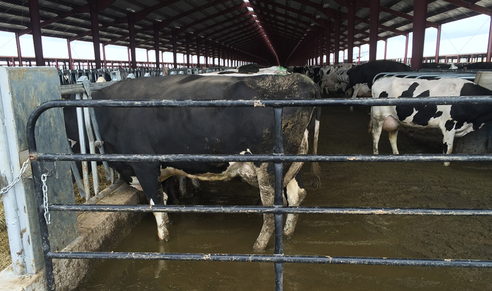