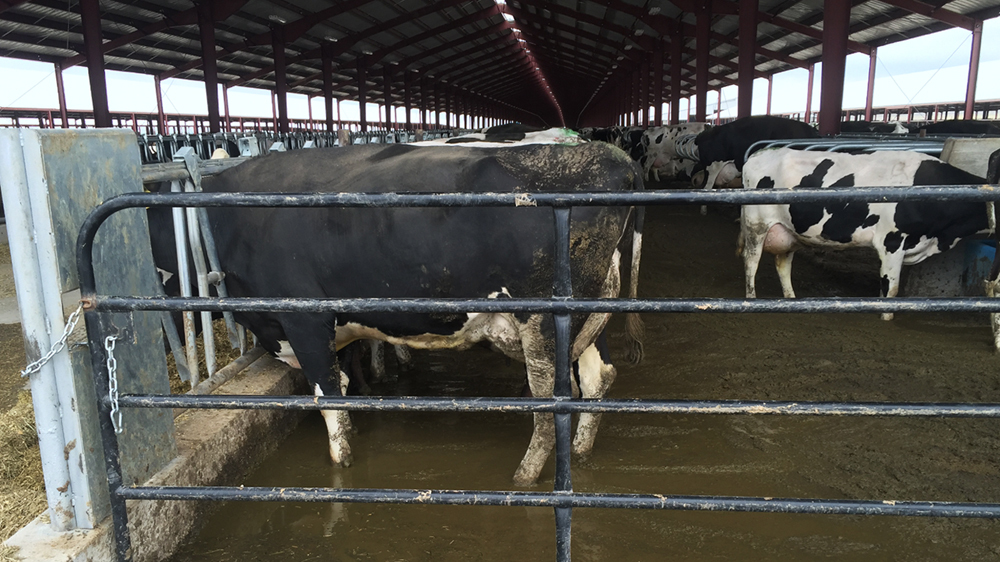 Until Oregon Can Ensure Clean Air and Water and Protect Family Farmers and Animal Welfare, Oregonians Deserve a Breather from Industrial Mega-Dairies

Salem, OR â?? Today, a dozen Oregon and national organizations, representing family farm, environmental, animal welfare, and public health interests, are calling on Oregon legislators and leaders to stop any further expansion of new or existing mega-dairies in Oregon until the state can protect people, animals, and the environment from the industrial-scale impacts of mega-dairies, including economic impacts on small, family-owned dairies.

Oregon's inadequate oversight of mega-dairies has become clear over the past two years, since the state ignored red flags and widespread public opposition to authorize operation of Lost Valley Farm, which was permitted to confine 30,000 cows. Lost Valley has since racked up nearly 200 permit violations and has had problems ranging from overflowing mortality and waste management facilities to a lack of clean water and restrooms for workers. As a result, the state is now fighting to shut the mega-dairy down. However, Oregon's insufficient laws do not protect the state's air and water, setting a standard so low that thousands of animals are raised in extreme confinement and family-scale dairies are forced out of business.

"The state's inadequate handling of the Lost Valley debacle, along with the catastrophic decline in Oregon's small and mid-sized dairy farms, make clear that we need a time-out from new or expanded mega-dairies until we have stronger environmental, animal welfare, public health, and family farm protections in place," said Ivan Maluski, Policy Director of Friends of Family Farmers.

Industrial dairies that confine thousands of cows produce massive amounts of animal waste â?? rivaling the amount produced by mid-sized cities. Unlike municipal waste, however, the manure generated by mega-dairies is not treated, but stored in large open-air "lagoons" and then applied or sprayed on fields. Mega-dairies, specifically federally-defined "large" concentrated animal feeding operations (CAFOs) that do not guarantee seasonal daily access to pasture, or any dairy CAFO with over 2,500 cows, have displaced family farmers and degraded Oregon's environment.

"Vast quantities of concentrated manure at mega-dairies pollute the air with dangerous gases, including the powerful greenhouse gas methane, and can contaminate surface and groundwater with nitrates, pharmaceuticals, and pathogens," said Celeste Meiffren-Swango, State Director at Environment Oregon. "We simply cannot allow these industrial factory farms to continue polluting in Oregon â?? they are bad for our health, our climate, and our environment."

"Air pollution from the enormous manure lagoons of mega-dairies in the Columbia Plateau harms air quality in the Columbia River Gorge National Scenic Area, increasing the smog that mars Gorge scenery, damaging the natural and cultural resources of the Gorge, and harming Gorge communities. These emissions can and should be controlled," said Steve McCoy, Staff Attorney at Friends of the Columbia Gorge.

"Oregon mega-dairies contribute to serious groundwater contamination. For years the groundwater in certain parts of the state has been contaminated with dangerous levels of nitrates â?? above the federal safe drinking water standard â?? and areas such as the Lower Umatilla Basin have been designated as groundwater-compromised," said Mitch Wolgamott, Board Chair of Oregon Rural Action. "Drinking water contaminated with excessive nitrates can cause not only Blue Baby Syndrome, but a host of other problems including an increased risk of cancers."

"Sacrificing rural communities' health for cheaper dairy products is not an Oregon value. Animal waste can be a dangerous pollutant when concentrated at mega-dairies, and should be regulated as such to protect Oregonians' health and welfare," said Amy van Saun, Staff Attorney at Center for Food Safety. "Mega-dairies can greenwash their products but the truth remains that these industrial-scale facilities are a major source of dangerous levels of nitrates in drinking water."

"Mega-dairies also consume huge amounts of water that generally comes from already over-tapped rivers, streams, and aquifers. Lost Valley Farm opened without final approval of the permits it needed and created a water management trainwreck in what was already a critically depleted groundwater aquifer. Regulators need to make sure that doesn't happen again," said Brian Posewitz, Staff Attorney at WaterWatch of Oregon.

"Mega-dairies are not bad just for the environment and family farmers. They are also bad for the dairy cows. The cows are more often subject to extreme confinement, without access to pasture, and are more likely to be treated like machines instead of living things. The pictures from Lost Valley Farm, of highly confined cows standing knee-deep in manure, show us where that can lead," said Rajesh Reddy, a board member for Humane Voters Oregon.

"Lost Valley is not an isolated bad actor and it is unacceptable for the state to sweep mega-dairies' many destructive impacts under the rug," said Tarah Heinzen, Staff Attorney at Food & Water Watch. "A moratorium is needed until Oregon leaders address the systemic problems that allowed this crisis to unfold in the first place."

"Mass animal feeding operations undermine the values that so much of Oregon agriculture represents. Confining tens of thousands of animals in unnatural conditions that harm their physical and mental health is inhumane and unnecessary. These facilities are a blight on the environment and economy of Oregon and should not be allowed to operate here," said Stephen Wells, Executive Director for the Animal Legal Defense Fund. 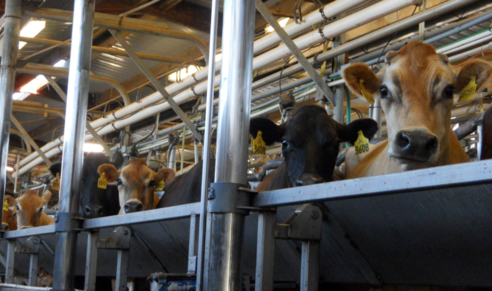 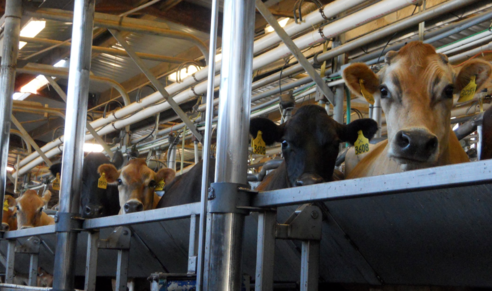 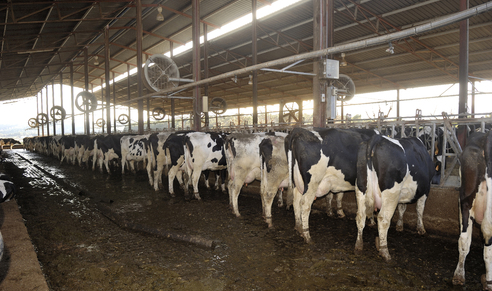