Looking Back so We Can Move Forward: All of Us Have a Place in a Movement for a Pesticide-Free Future for HawaiÊ»i 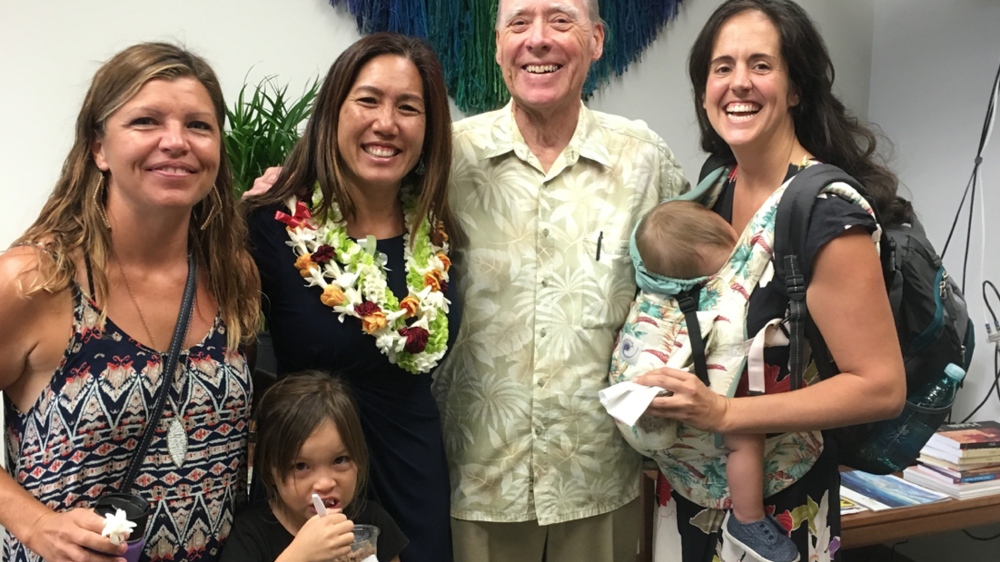 Hawaiian Sovereignty has a lot to do with food security in Hawai'i. For 125 years, history and politics in Hawai’i have been intertwined with the inequitable distribution of land and water, and have led to an agricultural economy dominated by chemical companies such as Monsanto, Pioneer, Syngenta and Dow-DuPont. It has led to a system where prime agriculture lands and water are banked by real-estate corporations for development, and the growth of GE corn, soy, and sorghum, while the state of Hawai'i imports over 90% of its food from overseas.

This year, ironically enough, Opening Day of the 2018 Session of the Hawai'i State Legislature, January 17th, coincided with the 125th anniversary of the overthrow. The culture of exploitation of land, water and labor is alive and well in the current halls of government. We call it politics as usual. But on January 17th, the hallways of the State Capital were full of community advocates, unions, community advocates, lobbyists, and media. Legislators' doors were open for photos, food, and conversation. I and the Hawai'i Center for Food Safety (HCFS) team were there too, gathering support for bills that would once and for all protect our children and the environment from toxic pesticide exposure. Last year, we won and unfortunately we lost. This year we’re back and hoping you will join the fight!

What’s at stake for HawaiÊ»i?

Come to think of it, we’re not asking for much. Take chlorpyrifos, for example. This commonly used insecticide is known to harm children’s neurological development. Long-term studies sponsored by the EPA and National Institutes of Health demonstrate that when pregnant women are exposed to chlorpyrifos, their children grow up to have lower IQ scores, increased rates of attention deficit hyperactivity disorder (ADHD), and poorer mental development than unexposed children. President Obama’s EPA was on track to ban this toxic chemical, only to have the Trump administration overturn the ban in March 2017.

HCFS has highlighted the perils of chlorpyrifos in the state, where the pesticide is heavily sprayed in the production of genetically engineered seed corn by the agrichemical giants that operate in Hawai’i. Chlorpyrifos is a likely culprit in several pesticide poisoning episodes at a school on Kaua’i, due to its volatility, intensive use, and because after-the-fact tests found traces of it there. Farmworkers are also at risk, as demonstrated by the 10 Syngenta workers who were sent to the hospital after walking onto a corn field sprayed with chlorpyrifos on Kaua’i in January 2016, a violation that led to EPA sanctions. Last week, we found out that Syngenta had to pay a mere $150,000 in penalties for the incident. Wrist-slap penalties mean pesticide-seed companies get the green light to operate without accountability. It is clear that chlorpyrifos has no place in HawaiÊ»i. We are calling for a complete ban of this toxic chemical on the Islands and urge you to speak up in support of HB 1756!

Then there is the (seemingly never-resolved) issue of pesticide disclosure and buffer zones. There are at least 27 schools in the state of Hawai‘i within a mile of large-scale agricultural operations known to use high-volumes of restricted used pesticides. Currently, we do not have any laws on the books that would protect our kids from pesticide spraying near schools. But there is hope. The state of California recently banned spraying of certain pesticides within one-quarter mile of educational facilities on weekdays. We are organizing around HB 2721 and SB 3095, bills that would require the chemical [and industrial ag] companies to disclose the Restricted Use Pesticides they are using in and around our communities and sensitive areas, because we have the right to know. Lastly, HCFS is advocating for HB 2722 that would prohibit the use of neonicotinoid insecticides and glyphosate herbicides on public lands.

For our keiki, for our Queen, and for HawaiÊ»i

Returning to January 17th, I have never witnessed an Opening Day quite like this. While our team was meeting with allies and State Senators at the Capitol, thousands of people were directly next door, at 'Iolani Palace, united in ceremony honoring Queen Lili'uokalani and commemorating the 125th year of the overthrow. My heart was split in two. Half of my heart was outside, showing my respect to the Queen and the Hawaiian Kingdom. The other half was telling me to commit to this fight for better protections for our keiki and the 'aina.

All of us have a place in this movement for food security in Hawai'i. For now, my and HCFS’s place is making sure our keiki have a voice in the Hawai'i State Legislature, and that they are protected from the toxic pesticides used by chemical companies and industrial agriculture. I've made peace with that, but I am looking forward to a day when we don't have to do this anymore. 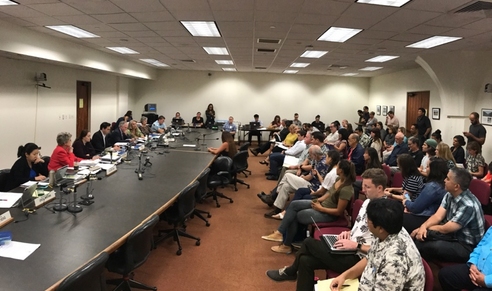 LAST CHANCE TO TAKE ACTION! Call your Representative now and urge them to schedule a hearing for SB 804 HD 1 in the House Committee of Finance ASAP! FIND YOUR REPRESENTATIVE…
Read More 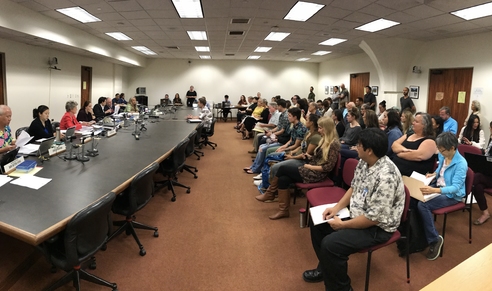 From the Frontlines: Celebrating Victories in Hawai'i

I’m writing you this from the front lines of the state legislature here in Hawai‘i: another committee, another hearing, another conversation about the toxicity of pesticides a…
Read More