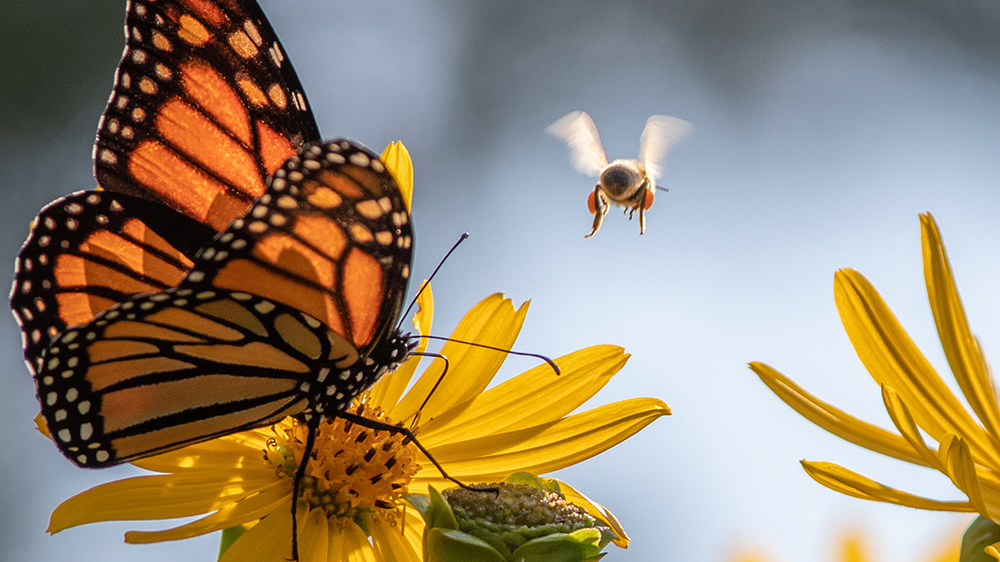 For nearly 25 years, Center for Food Safety (CFS) has been using legal actions, policy initiatives, scientific research, and grassroots organizing to stop the use of toxic chemicals that threaten pollinator health and wildlife habitat. Some of our recent victories include getting 12 bee-killing noenicitinoid pesticides off of the market, securing future endangered species protections for Monarch butterflies, and more. In honor of Pollinator Week, CFS is pleased to endorse the newly introduced Saving America's Pollinators Act of 2021.

This week marks not only National Pollinator Week, but also the reintroduction of the Saving America's Pollinators Act (SAPA). Representative Earl Blumenauer (D-OR) has built a legacy of pollinator protection through his leadership on a bill that has been continually improved as the urgency to address pesticide harm has grown. Blumenauer's work indicates how policy must shift as environmental knowledge expands. As science on the harmful effects of pesticides compounds, environmental policies should reflect the new information available. While the Environmental Protection Agency (EPA) turns a blind eye to plummeting pollinator populations, proposing to extend pesticide registrations despite the harm, Representative Blumenauer continues to promote essential pollinator legislation in Congress. National Pollinator Week is the perfect time for Representative Blumenauer to reintroduce his progressive pollinator protection bill—and a perfect time to ask legislators to support this continued dedication to pollinators.

SAPA has been introduced in previous Congresses and seen several rounds of improvement since it was first introduced in 2013. The first iteration of the bill required the EPA to suspend all neonicotinoid insecticides, a class of pesticides known to have acute and chronic toxicity to pollinators. Upon suspension, these pesticides would be prohibited unless and until the EPA determined that their use would not harm pollinators.

While the first iteration of SAPA was an important initial step, it was a tentative one. Pesticide law already requires that a pesticide only be approved for use if the pesticide will not have an "unreasonable adverse effect on the environment." Pressure from the pesticide industry often results in the EPA registering harmful pesticides anyway. Center for Food Safety and allies work hard to respond quickly and have made significant strides in getting several toxic pesticides—including bee-killing neonicotinoids—withdrawn from the market.

Unfortunately, in the eight years that have passed since the first introduction of SAPA, pollinator health has continued to steeply decline. According to the United States Department of Agriculture, honeybee populations have dipped too low to meet the pollination needs of the agriculture industry. Eastern Monarch butterfly populations have decreased by over 80 percent in 20 years, and so few Western Monarchs remain that their extinction may be inevitable. Responding to a Center for Food Safety petition, the U.S. Fish and Wildlife Service (USFWS) recently determined that granting the Monarch butterfly Endangered Species Act protections is warranted. In total, USFWS has listed more than 70 pollinator species as endangered or threatened.

In 2019, SAPA posited taking the decision-making out of the hands of the EPA by creating a Pollinator Protection Board. The Board would be comprised of farmers, beekeepers, and scientists, ensuring that not just industry interests would be recognized.

The newly introduced SAPA takes another, more important leap forward. Representative Blumenauer's bill would require not a suspension, but a ban on all neonicotinoid pesticides. This change to the proposed legislation reflects that the time for requesting incremental action from the EPA has passed. Pollinators need swift action in order to survive—banning neonicotinoids would provide a lifeline for these essential species. 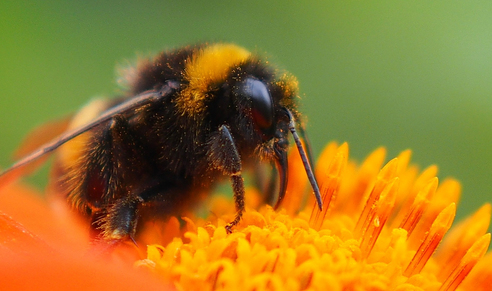