Preparing for a "Post-Water" Future? 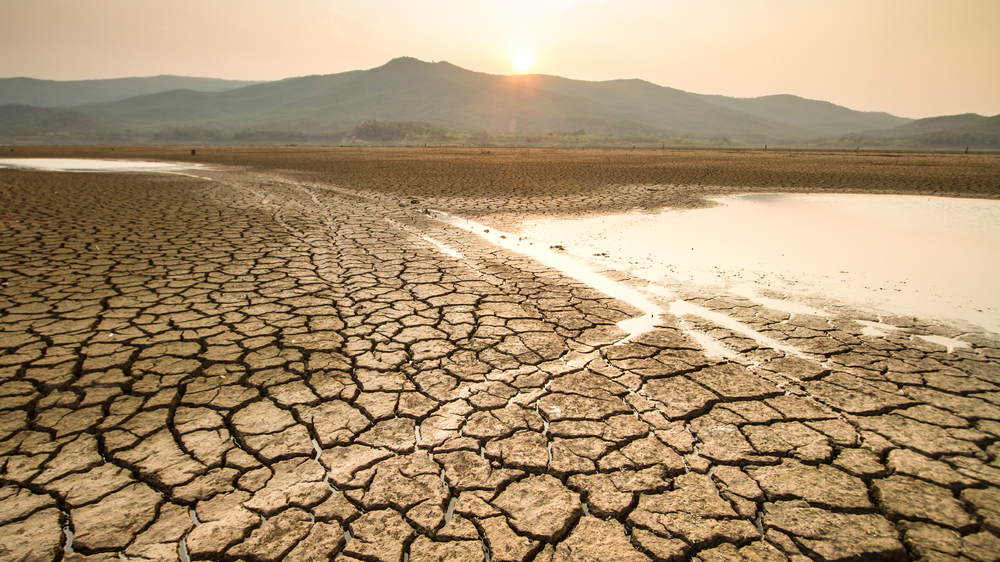 Even the most antediluvian oil exec knows what's coming. They and their minions in government chafe at it. They lie about it. They scheme to delay the inevitable. But they know.

It is undeniable that they and the rest of humanity are nearing the end of what could be aptly termed: "The Age of Extraction." For the last century and a half, our entire economy—and that of much of the so-called "developed" world—has been based on energy extraction, primarily of fossil fuels. It took millions of years for those fossil fuels to be created. It now appears that our industrial civilization, and the fossil fuel industry, will have run through most of them in less than two centuries. In retrospect, this was an astronomically profitable, but ultimately misguided, and inevitably catastrophic "spending spree" of unprecedented proportions.

And now the reckoning. As Richard Heinberg, energy guru at the Post Carbon Institute likes to say, "The party's over." By the time today's grandchildren are senior citizens our supplies of oil, natural gas, and coal will no longer be available. Sure, there will still be some fossil fuels remaining underground but the expense of retrieving them will not be competitive with other sources of energy. Eventually, energy input will exceed energy output. Though not well publicized, we are reaching some of these endpoints for fossil fuels right now.

A major reason for this is that the low-hanging "quality oil" days are a relic of the past. That is why we are seeing ever more destructive, intrusive, expensive, and energy-intensive extraction methods. Deepwater drilling, fracking, mountain top removal, and tar sands oil extraction have become widespread as energy sources become scarcer and much more expensive and difficult to obtain. As the scarcity of these fuels becomes greater, these drastic extraction methods will only further devastate human health and the natural world.

This dystopian future is not debatable. To quote the evergreen Leonard Cohen "everybody knows." It's simply that the powerful energy corporations don't like to talk about it, hoping they can squeeze out the last billion dollars before it all collapses. Given the rising seawater levels endemic to the climate crisis, this is literally an "apres moi le deluge" attitude fostered by unforgivable greed.

But in all this oily darkness there is light. A sober, hard look analysis of our situation has spurred an all-hands-on-deck approach in some countries to both promote solar and wind renewable energy and encourage a serious reduction in energy consumption. Even the U.S. put its reluctant toe in the water as it barely passed the recent Inflation Reduction Action (IRA), which significantly incentivizes the purchase of electric cars and other non-fossil fuel technologies. These incentives do not reduce the tens of billions of dollars in subsidies and tax breaks given to the fossil fuel industry each year. Nor do they decrease drilling of oil and gas. In fact, the opposite. The bill has a poison pill—increased government investments in renewables are required to be matched by increased oil and gas drilling contracts on tens of millions of acres onshore and offshore. But heck it's a start.

"It is neither hypothetical nor
hyperbolic to say that the climate
crisis is a water crisis."

As the IRA compromise makes clear, the end of the age of extraction will be a very hard landing for countries such as the U.S. that have not adequately transformed their energy sectors. After all, it will take decades to reinvent national and international infrastructures for a "post-carbon" age. But it can be done. The urgency will become more obvious as our current fossil fuel infrastructure becomes increasingly useless, and our fuel-guzzling way of life impacts the general population with the widespread, chaotic impacts of an ever-intensifying climate crisis.

In sum, human civilization can survive without fossil fuels. And will do so either the easy way for those countries resisting the influence of the fossil fuel industry—or the hard way for those whose leaders might best be termed "knee pad" politicians, genuflecting before their energy corporation masters. Note bene: not a single Republican senator voted for the IRA.

WATER, WATER NOWHERE, NOR A DROP TO DRINK

The relief in realizing that humanity can create a "post-carbon" civilization, that it can survive the coming oil and other fossil fuel crises, is, however, short-lived. There is a catch. We all know that oil and water don't mix. But until our current epoch, we did not understand that oil production and use could deplete or even decimate freshwater on the planet.

This is the impact of the climate crisis as it inter alia increases the number and lengths of droughts, the need for irrigation and other water uses, and pathogens and other contaminants in water supply, while simultaneously diminishing snowpacks and drying up the rivers and streams that supply two-thirds of our drinking water supply. These rivers are also vital to our economy, and our food, transportation, and energy systems.

Imagining a "post-oil" society is therefore far different than imagining a "postwater" world. We can live in perpetua without CO2-emitting technologies. By contrast, the average person can survive about 3 days without water, and this necessity for water applies to the rest of the earth's other life forms.

It is neither hypothetical nor hyperbolic to say that the climate crisis is a water crisis and that the world is experiencing an exponentially increasing water shortage. If you primarily think in images, take a look at this recent CNN story on the earth's most important rivers. But there are plenty of factoids that bolster the same alarming narrative.

As noted, the age of fossil fuel extraction is a dead paradigm walking. Nonrenewables are just that – nonrenewable. The end is inevitable. But if it is a dead paradigm, it is also a zombie paradigm. It has no future but as long as it is allowed to exist, the fossil fuel industry—along with its fellow zombie paradigm industrial agriculture—will continue to threaten the survival of the earth community by aggressively exhausting the water supplies required for life.

Psychologically dealing with a realistic scenario of future generations deprived of water to drink or grow their food can be frightening and overwhelming. But it is important to recall that denial is the most infantile of ego defenses. Small children often go into denial when they experience or witness something painful, traumatic, or very difficult to understand. They simply are too young to integrate these experiences. While a healthy and protective mechanism for infants and young children, this instinct for denial is a saboteur for adults. It keeps us from realizing exactly how dangerous a situation we find ourselves in and from taking action to rescue ourselves from an impending disaster.

Once we throw off denial, the full realization of how the fossil fuel industry is denying us the source of life and at the same time taking untold billions of our taxpayer dollars is and should be infuriating. Putting all the pressure we can on our policymakers and filing as many effective lawsuits as we can are important ways to stop this zombie paradigm. But there seems to me to be plenty of room
for protest and civil disobedience to spur and amplify these legislative and legal efforts.

That is what happened at Standing Rock and those heroically protesting the Dakota Access pipeline which courts subsequently found was illegally approved. It is well to remember that the protestors taking their stand there had as their anthem the Lakota phrase "Mní wi?hóni" ("Water is life"). For them and many other indigenous peoples, there is a spiritual element to this realization. For Native Americans, water does not only sustain life, it is sacred. And they know that they cannot survive in the absence of the sacred. Nor allow corporate greed to destroy and desacralize the essence of life.