Organic is Clearly Better When it Comes to Reducing Toxic, Synthetic Pesticides 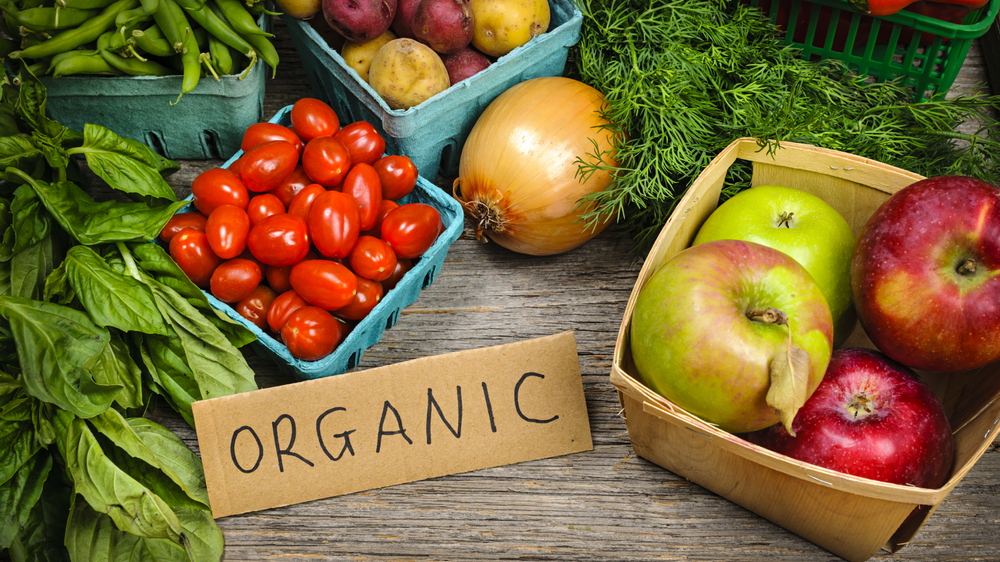 Many people today are concerned about how the products they buy have been produced, seeking those that align with their values and considerations of the environment, social justice, or their personal health. When shoppers enter a store they view items against a set of criteria. With clothes, for example, they may look for apparel that is sweatshop free, fair trade, or made from sustainably sourced fibers. When making food choices, ninety percent[1] of consumers consider reducing their pesticide exposure an important factor. Nearly as many feel strongly about choosing food that protects the environment from harmful chemicals.

But even with the best intentions, determining which products align with these goals can be difficult; and the many different claims, labels, and terms found in stores and at markets can be overwhelming. However, the USDA Certified Organic label is clear – when you eat USDA Certified Organic Products, your exposure to toxic, synthetic pesticides is drastically reduced.

Research shows that an organic diet provides a “dramatic and immediate protective effect” against exposures to pesticides regularly used in agriculture. Organic fruits and vegetables have consistently been shown to have lower presence of pesticide residues—meaning that when you eat them, you dramatically reduce the risks associated with consuming agricultural chemical residues. In fact, a report in the British Journal of Nutrition[2] analyzed 343 studies published in scientific journals and concluded that there is a statistically significant difference between the amount of pesticide residue found on organic and non-organic food – pesticide residues are found in non-organic crops four times as often as in organic crops! For the 90 percent of consumers that want to reduce their pesticide exposure, that’s certainly a reassuring reason to shop organic.

And when it comes to our families, avoiding harmful chemicals is especially important for children. Another study[3]  by scientists at Emory University, the University of Washington and the Centers for Disease Control and Prevention measured dietary exposure to pesticides in elementary school children through urine testing. After substituting organic food for conventional food in the children’s diets for five consecutive days, they found that two common pesticides identified in their urine prior to the diet change decreased rapidly to below-detectable levels – after just five days! These pesticides remained absent in all of the children’s urine until they resumed consuming conventionally grown food.

The American Academy of Pediatrics (AAP) supports these conclusions related to children’s health and safety. Due to particular vulnerability of children to adverse health effects from pesticide exposure, in 2012, AAP recommended[4] dietary changes, including consumption of organic produce, to reduce that exposure. A second AAP report[5] in 2012 concluded that “organic diets have been convincingly demonstrated to expose consumers to fewer pesticides associated with human disease.”

Synthetic chemicals are limited in organics

The Organic Foods Production Act of 1990 established the National Organic Program (NOP), which expressly prohibits the use of synthetic chemicals in the production and handling of organic foods.[6] Congress allowed for a limited exception for certain synthetic substances in organic farming and handling, by adding individual substances to a formal list of allowed materials in organic, called the National List. But not just any chemical can be accepted. A synthetic material may only be added if it “would not be harmful to human health or the environment; is necessary to the production or handling of the agricultural product because of the unavailability of wholly natural substitute products; and is consistent with organic farming and handling [emphasis added].”[7]

Additionally, each material must have been formally recommended for addition by the National Organic Standards Board (NOSB), an independent advisory board of experts. NOSB must review each synthetic material based on impacts to human health, animals, and the environment, its compatibility with sustainable agriculture, its breakdown and fate in the environment, among other aspects, in making its recommendation.[8] And, each substance on the list must be reviewed every five years. In other words, the review process is a very rigorous one. This ensures that only necessary synthetic substances that do not pose significant risks are added to the list.

“Organic” is rooted in the spirit of “continuous improvement”

Though certain substances have been added to the National List discussed above, others have been removed over time as alternatives are found. This is part of the spirit of continuous improvement that is the mainstay of organic agriculture and woven into the fabric of the organic law. Unlike any other system of food production or product label, “improvements” are integral to the continued success of organic. For example, allowing the use of the antibiotics streptomycin and tetracycline on organic apple and pear orchards was phased out, in part in response to public pressure from organizations such as Center for Food Safety. The antibiotics had been added to the list for use to control fire blight, a destructive bacterium that attacks tree blossoms, limbs and shoots. However, due to the risk of generating resistance to antibiotics in harmful bacteria, the organic community pushed for alternative tools. It took longer to remove these antibiotics than we at CFS felt necessary because research on preventatives and alternatives was slow to emerge, but stakeholder pressure and public awareness to eliminate them built gradually over time and the usage was eventually revoked.

If you are among the nearly 90 percent of shoppers concerned about pesticides, choosing organic fruits and vegetables over conventionally grown products is a verified way to reduce exposure to residues. Organic farmers apply synthetic pesticides in limited circumstances, if at all, and instead rely on holistic practices to manage pests and weeds. In fact, applying massive amounts of chemicals would be detrimental to this important biodiversity of insects and native plants that organic farmers rely on. Finally, using fewer pesticides not only contributes to fewer residues on the produce, but ensures the safety of farmworkers and nearby communities as well.

With its minimal reliance on pesticides and strong emphasis on non-synthetic practices, organic is the healthiest system of food production. Organic food is good for both you and the planet, and thanks to the high standards and practices of the NOSB, it keeps getting even better.