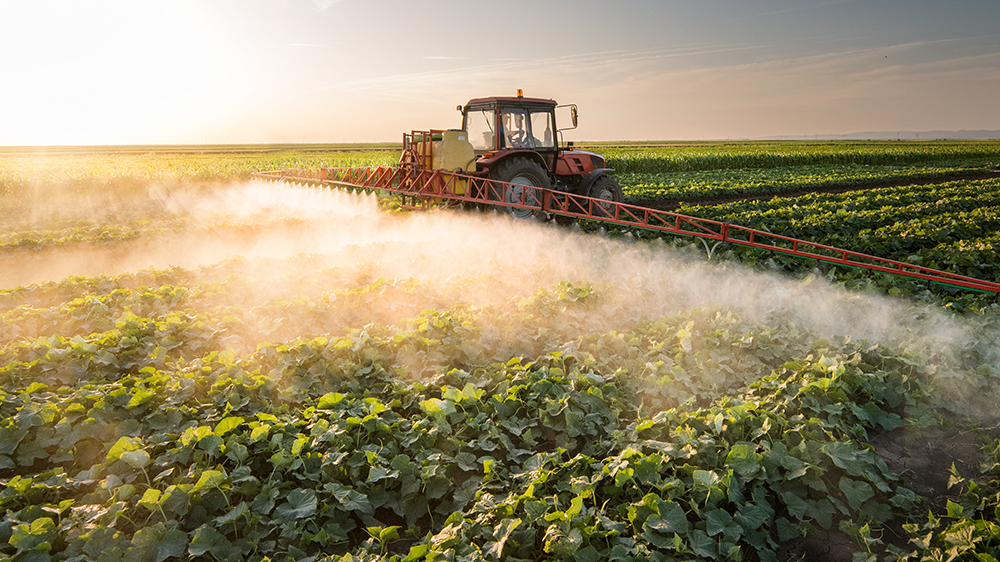 SAN FRANCISCO—Center for Food Safety and the Center for Biological Diversity filed a lawsuit today challenging the Environmental Protection Agency's approval of a toxic new fungicide without fully addressing its lethal effects on endangered wildlife.

The EPA approved the new fungicide, inpyrfluxam, in August despite compelling research showing it to be "very highly toxic" to fish, including endangered salmon and steelhead, and that it poses substantial risks to large birds, including whooping cranes. It is also extremely persistent, remaining in the environment for years after use.

"It's well past time for EPA to stop rubberstamping these toxic pesticides without meaningfully considering the costs and environmental harm," said George Kimbrell, legal director of Center for Food Safety. "Instead of the endless stream of pesticides being quickly greenlit, our government should be standing up to industry pressure and protecting the public."

The EPA approved the fungicide for use on some of the most widely grown U.S. crops, including corn, soy, grains, beans, sugar beets, apples and peanuts. The approvals were granted even though the agency found that the fungicide "does not appear to have any obvious benefits" for fungal control on apples, corn, rice and peanuts beyond existing products and that it didn't analyze the benefits before approving its use on canola, cereal grains, beans and sorghum.

"The science is very clear that this dangerous pesticide has the potential to cause devastating harm to many of our most vulnerable plants and animals," said Nathan Donley, a senior scientist at the Center for Biological Diversity. "The EPA broke the law when it failed to make sure this highly toxic fungicide won't drive endangered species closer to extinction, and we're going to hold the agency accountable."

In approving the new fungicide the EPA ignored the expert opinion of the National Academy of Sciences, which recommended the agency develop a new process to analyze risk to endangered species that was more informative and protective.

From 2013 to 2017, the EPA and federal wildlife agencies had worked to implement the academy's recommendations in assessing the impacts of pesticides. This collaboration was halted after then acting-Interior Secretary David Bernhardt was briefed on the results of the initial assessments in October 2017, which found that commonly used pesticides jeopardize the continued existence of most endangered species.
Since then the EPA has continued to refuse to analyze the full threat to imperiled wildlife from pesticides, including inpyrfluxam.