I Must Finally Stand Up and Speak Out on GMOs 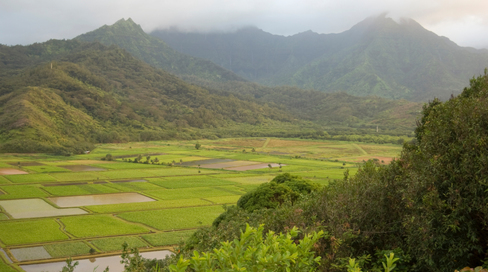 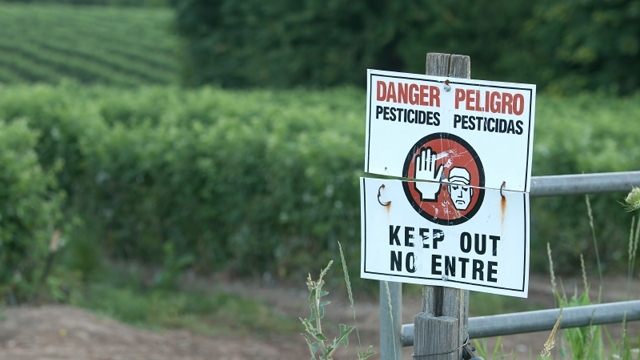 This article was originally posted on Civil Beat.

There comes a point in every person’s life when they are confronted with the opportunity to stand up and speak out.

My name is Ashley Lukens and today I am joining the movement for transparency and accountability around chemical companies and their agricultural operations in Hawaii.

The issue of genetically modified organisms has generally been one that I’ve stayed away from in my public life.

In my private life, I do make a point to eat organic, to eat fresh, to avoid processed foods — and thanks to that I’ve largely avoided genetically engineered foods in my diet.

But publicly, especially here in Hawaii, the issue is so complex and so divisive, and I just felt more drawn to what I call the “spaces of yes” — those areas of agreement where even people with major differences can come together and fight for a shared vision.

To that end, I helped form the Hawaii Food Policy Council, which is intended to be the “Big Tent,” a space where all food system stakeholders can come together to identify and advocate for low-hanging fruit, such as increasing the procurement of local foods in schools.

However, as Hawaii’s role in the global agrichemical system becomes ever more clear to the communities who live amongst its operations, I can no longer silently sit in this space of yes.

Today, Hawaii is ground zero for the outdoor experimentation of pesticide-promoting plant technologies as our isolation, year-round growing season, and ample fresh water make this an ideal place for agricultural research, development, and commodity propagation.

On Oahu, Kauai, Maui, and Molokai, Monsanto, Syngenta, Pioneer-Dupont, Dow Chemical, Bayer, and BASF have purchased and leased prime agricultural land, growing plants (namely corn and soy) that they have genetically engineered to withstand the heavy spraying of their signature chemical cocktails that include atrazine, dicamba, paraquat, chlorpyrifos, and 2,4 D.

Today, Hawaii has the third highest number of genetically engineered field-test sites in the United States. In 2013, there were 1,124 field-test sites (compared to 184 in California and 256 in Texas) and the overwhelming majority of the tested plant varieties were engineered to increase their tolerance to pesticides.

According to reports filed by these companies, they are spraying their chemicals seven out of every 10 days, leaving surrounding communities to wonder just what is blowing in the wind or flowing in their water.

And why must communities wonder?

Because the specificity of these operations — what is being grown and sprayed, where it is being sprayed, and when — is left to speculation. These companies are not required to report information to their neighbors.

Under these rules, (or lack thereof) it means that if you are living next to an outdoor laboratory or sending your children to a school next to one — as the parents of kids at Waimea Canyon High School must do – you wouldn’t even know what chemicals are in their air.

And despite rhetoric to the contrary, Dow, Syngenta, Pioneer, Monsanto, Bayer and BASF aren’t farmers. They are chemical companies.

As a mother to a 5-year-old little girl, I cannot say yes to that.

The debate around biotechnology, GMOs, and seed companies in Hawaii is confusing.

We hear about the protestors at the capitol — some say the “privileged haoles” who could just keep on buying organic food anyway.

We hear that biotechnology saved the papaya industry and that growing seeds for seed companies is helping local farmers stay in business. Many farmers in the state of Hawaii responsibly use the products of chemical companies and remain excellent stewards of the land.

All of these iterations of the debate are interesting and important. I’ve learned that in my space of yes.

But these issues must be separated from the question of open air chemical testing on our agricultural lands, especially when this testing is happening next to our homes, our hospitals and our schools.

And despite rhetoric to the contrary, Dow, Syngenta, Pioneer, Monsanto, Bayer and BASF aren’t farmers. They are chemical companies.

They aren’t here to grow food or even grow seeds that grow food. They are here to test chemicals on plants that they are genetically engineering to withstand the application of more chemicals and fighting tooth and nail to keep this information from the public.

That is the issue. There is no question. I know we can all confidently say NO to that.

I’ve publicly joined the movement for transparency and accountability around chemical companies in Hawaii because I had to stand up.