From the Frontlines: Celebrating Victories in Hawai'i 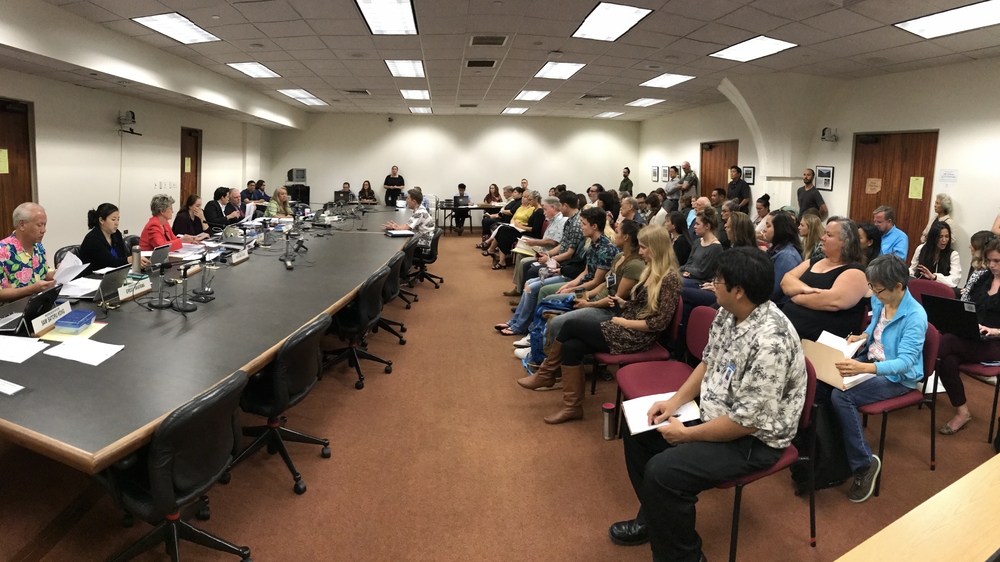 I’m writing you this from the front lines of the state legislature here in Hawai‘i: another committee, another hearing, another conversation about the toxicity of pesticides and the role the state can/should/is/is not playing to protect our communities, especially our keiki, workers, and kupuna from industrial pesticide use.

Although there are many, many bills on the topic being heard (a sure sign of our success), this is what the conversation boils down to:

Are we adequately protected from toxic pesticide drift, and if not, what changes should the state make to better protect us?

The answer is short: Right now we are not adequately protected, but we can, and hopefully soon, will be. Yesterday we won big, as the Hawai‘i House Committees on Agriculture and Energy and the Environment passed six incredible bills that, if signed into law, will result in increased protection for our keiki. This follows our victory in the Senate last week, on many of the same measures.

Over the course of the six years that I have served as a grassroots community lobbyist at the state legislature, the incredible strength of the community food movement has done nothing but grow – we are powerful, diverse, and effective advocates for a just food system in Hawai‘i.

One of the most difficult parts about being a lobbyist and effecting change through the policy process is honoring the amount of time takes to do it. That is why we always pursue policy in tandem with other direct action strategies like growing our own food; buying locally grown organic and non-gmo products; creating community-based, pesticide free zones; and educating ourselves and our community through films, lectures, and workshops.

But yesterday’s victories are the culmination of two and half years of reeducating our elected officials on the dangerous links between GE crops and pesticides, introducing legislation that makes sense, and being able to soundly and effectively counter the talking points of the industry during these committee hearings. I can’t say for sure whether or not we will see these bills get to the governor’s desk this year, but I will say that I am ever more confident that it is a matter of when, not if, our state will see buffer zones and pesticide disclosure laws in the near future.

The stand-out moments during this week’s hearings were when our strong community voices were heard: impacted community members, doctors, nurses, and long-time advocates for aloha aina stood up on behalf of their families and neighbors. I was also blown away by the power of our elected officials – Representative Chris Lee, Representative Cynthia Theilen, and Representative Matt LoPresti – who refused the industry’s glossy rhetoric and “alternative facts” about the dangers of pesticides.

Please go to our Facebook page, watch the videos from the hearing, see where your elected officials stand on these issues. Together we can honor their courage in the face of corporate cash and hold others accountable for towing the industry line.

Over the next few months, our amazing team of volunteers and staff will be working hard to give you access to the ins and outs of this incredibly fast-paced and complicated lawmaking process. Everyday we will be pouring over hundreds of bills; watch-dogging for misleading or bad industry legislation; identifying bills to champion; crafting talking points for community members who want to advocate; meeting with legislators and helping connect them with community members who have stories to tell; collaborating with other environmental, conservation, and medical advocates; training community organizers in lobbying; and sending out daily action alerts via our Facebook page so that you know when to act.

I know that many are frustrated that after years and years of fighting these pesticide regulations are not in already in statute. WE FEEL YOU, but we cannot give up now, when our victories are finally rolling in. We cannot give up now.

The people, united, can never be defeated. Let’s finish what we started. I think this year could be the year if you stand up, speak out, testify, and demand that the state take action now.