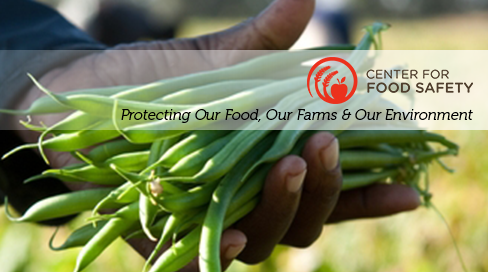 “HawaiÊ»i Center for Food Safety is ready and equipped to add the legal, scientific, and organizational capacity that community groups need to push their efforts forward,” said Lukens. “HCFS will help fortify existing community organizations, further educate and organize the public and help promote organic and other sustainable forms of agriculture. Together we will ensure a healthier, safer and more food secure Hawaii.”

Lukens earned her Ph.D. in political science at the University of Hawaii-MÄnoa, studying culture and identity in community-based food movements. She has taught a wide array of courses including global politics, the politics of food, and power in America. Lukens is cofounder of the HawaiÊ»i Food Policy Council where she serves as board vice president. She is formerly the RISE program director at Kupu.

“We are excited to add Dr. Lukens and Ms. Ho to our staff and to create an official home for our work in Hawaii,” said Andrew Kimbrell, executive director, Center for Food Safety. “HawaiÊ»i is an exceptionally beautiful place with unique culture and biodiversity. However, its year-round stable climate also makes it an attractive place for agrichemical companies to conduct their pesticide and genetic experiments. The people of HawaiÊ»i are doing the world a service by questioning destructive practices and standing up to large chemical corporations. We are proud to join them in their efforts and to help bring national attention to those on the front lines in the fight for the future of food,” added Kimbrell.

CFS has thousands of members in Hawaii, is a founding member of HawaiÊ»i SEED (2005) and has a long history of collaboration with groups such as Label It Hawaii, Malama Kauai, Onipa`a Na Hui Kalo, GMO Free Kauai, Ohana O` Kauai, GMO Free Maui, GMO Free HawaiÊ»i Island and many more. They plan to grow the office to include several staff and a HawaiÊ»i based attorney.

“The food movement is growing and its political power is being felt from county council meetings in Kauai all the way to halls of Congress in D.C. Center for Food Safety is proud to be a leader of the movement, and we have expanded to meet the needs of the community,” added Kimbrell. “The people of HawaiÊ»i have been fighting to protect their food, their rights and their seeds, and communities on the mainland have much to learn from their efforts.”

Center for Food Safety is a national, nonprofit, membership organization founded in 1997 to protect human health and the environment by curbing the use of harmful food production technologies and by promoting organic and other forms of sustainable agriculture. CFS maintains offices in Washington, D.C.; San Francisco, California; Portland, Oregon; Honolulu, Hawaii; and has half a million members across the country. More information can be found at www.centerforfoodsafety.org.