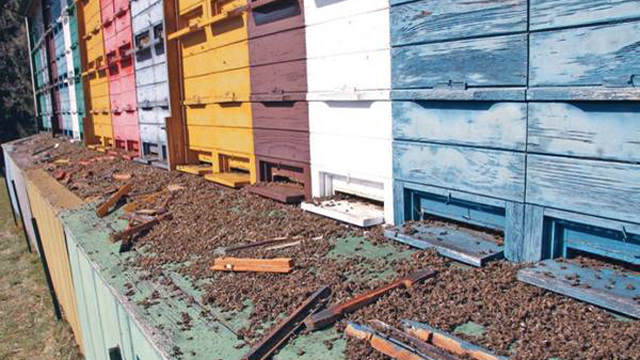 On the heels of their neonicotinoid lawsuit, CFS files brief in new lawsuit to protect bees

Late Friday, Center for Food Safety filed a legal brief on behalf of numerous environmental, consumer and sustainable agriculture organizations in support of a lawsuit by the nation’s major beekeeping associations against the Environmental Protection Agency (EPA). The beekeepers, including the Pollinator Stewardship Council, American Honey Producers Association, National Honey Bee Advisory Board, and the American Beekeeping Federation, are requesting that a Federal Court vacate EPA’s decision to register sulfoxaflor, a new chemical in the category of the controversial insecticides known as neonicotinoids, several of which are now under a two year ban in the European Union because of their impacts.

As CFS explained in its brief, “Scientists have linked the drastic declines in honey bee and other pollinator populations to systemic pesticides, and more specifically, to a category of systemic pesticides known as neonicotinoids.  Sulfoxaflor is a systemic pesticide with the same mode of action as neonicotinoids, that EPA determined is ‘very highly toxic’ to bees.  EPA’s registration of sulfoxaflor will introduce yet another systemic and highly toxic insecticide into the environment, intensifying the ecological crises of [Colony Collapse Disorder] and other pollinator losses.”

“This case and brief is a critical part of the story for our nation’s beekeepers and their survival,” said Peter Jenkins, Center for Food Safety attorney.  “Beyond that, sulfoxaflor threatens native bees, other insects, birds and ecosystem health generally.  The many groups joining our brief – and we think all Americans -- have a huge stake in ensuring EPA does not continue its ‘business as usual’ approach of green lighting more and more dangerous insecticides.”

In March 2013, Center for Food Safety filed a ground-breaking lawsuit over two neonicotinoid pesticides allowed in the U.S. despite growing evidence of their harm to bees and increasing action against them in other countries.