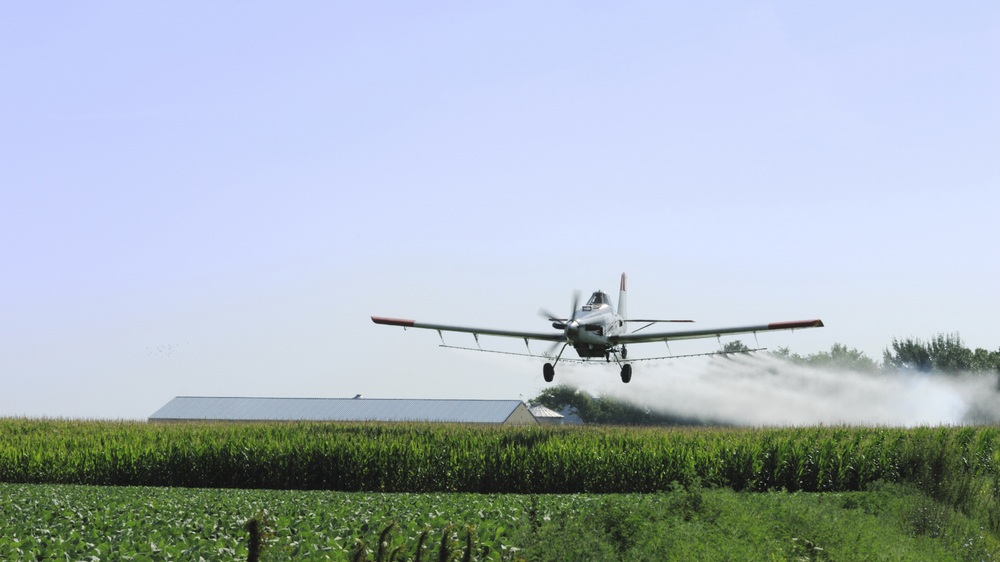 February 9, 2015 (San Francisco, CA)-- A coalition of farmers and environmental groups filed a motion Friday to stay the EPA’s October 2014 decision to approve a powerful new herbicide called “Enlist Duo” for use on genetically engineered (GE) crops in six Midwestern states. The groups maintain that EPA violated the Endangered Species Act (ESA) by failing to consult with the U.S. Fish & Wildlife Service (FWS) regarding the impact of Enlist Duo on two endangered species in those states, the whooping crane and the Indiana bat.  The motion builds on an earlier challenge of EPA’s approval led by Center for Food Safety and Earthjustice on behalf of Beyond Pesticides, Center for Biological Diversity, Center for Food Safety, Environmental Working Group, the National Family Farm Coalition, and Pesticide Action Network North America.

The Endangered Species Act requires that every federal agency determine whether its actions “may affect” any such species or any designated critical habitat.  If so, the action agency must consult with FWS and/or the National Marine Fisheries Service (NMFS) to “insure” that the action is “not likely to jeopardize the continued existence” of that species. However, EPA admitted its action may affect the whooping crane and Indiana bat, but instead of consulting FWS as required, engaged in a series of elaborate internal calculations.

“EPA is well aware that pesticides routinely drift and affect public health and wildlife beyond the fields in which they are sprayed. To ignore this known risk and avoid consultation with other expert agencies is unlawful and irresponsible,” said George Kimbrell, senior attorney for Center for Food Safety.

“EPA admits that its approval of a toxic pesticide cocktail including 2,4-D for widespread use may affect endangered species, including the whooping crane, one of the most endangered animals on earth,” said Earthjustice managing attorney Paul Achitoff. “We ask only that the Court decide whether EPA has violated the law, as we believe it has before putting these imperiled birds at further risk.”

The whooping crane is one of the most endangered animals on earth.  Conservation efforts over the past seventy years have led to only a limited recovery; as of 2006, there were only an estimated 338 whooping cranes in the wild. EPA admitted that during their migration, whooping cranes “will stop to eat and may consume arthropod prey” that may have been exposed to 2,4-D in fields sprayed due to EPA’s registration of  Enlist Duo, and that in sufficient amounts, such exposure is toxic to the cranes.

Similarly, EPA’s own analysis revealed that the Indiana bat would likelysuffer reproductive harm by consuming 2,4-D-tainted prey, as a direct result of EPA’s approval of Enlist Duo. Indiana bats play a crucial role in maintaining the balance of the ecosystem. In addition to habitat loss and cave disturbance, scientists have attributed pesticide contamination of the Indiana bats’ food supply as a reason for their continued decline.

Approved for use on GE corn and soybeans that were engineered to withstand repeated applications of the herbicide, the creation of 2,4-D-resistant crops and EPA’s approval of Enlist Duo is the result of an overuse of glyphosate, an ingredient in Monsanto’s Roundup. The misuse resulted in an infestation of glyphosate-resistant super weeds which can now be legally combatted with the more potent 2,4-D. Dow Chemical has presented 2,4-D resistant crops as a quick fix to the problem, but independent scientists, as well as USDA analysis, predict that the Enlist crop system will only foster more weed resistance.

A copy of the motion is available by request.