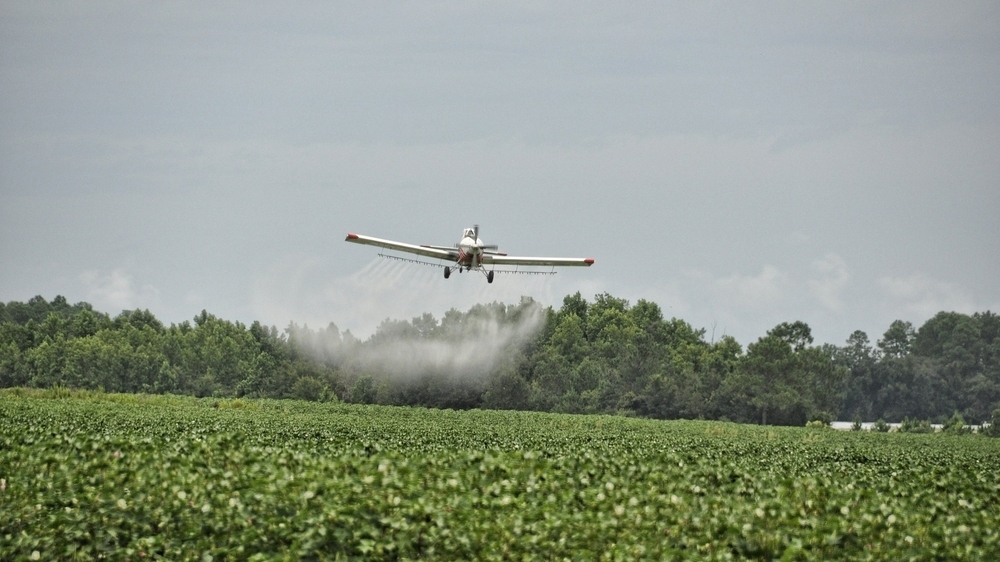 WASHINGTON—The U.S. Environmental Protection Agency (EPA) today announced it will not cancel or impose further restrictions on its 2020 registration of over-the-top (OTT) spraying of dicamba pesticides on crops genetically engineered to withstand them. This announcement comes alongside a new EPA report finding that control measures in EPA's latest, October 2020 dicamba registration decision failed to reduce the number, severity, or geographic extent of dicamba-related incidents in comparison to reports from prior seasons. Dicamba has drifted rampantly to cause unprecedented levels of damage to neighbors' crops and wild plants over the past five years.

"Today's EPA report is at once unsurprising but also of enormous significance for our farm communities, biodiversity, and food security," said George Kimbrell, legal director at Center for Food Safety (CFS) and counsel for the plaintiffs in the dicamba litigation. "EPA admits dicamba has caused—and is continuing to cause—widespread drift harm. It admits that it is unsure whether dicamba can be used in a manner that does 'not pose unreasonable risks' to other farmers' crops, the environment, and endangered species—exactly what EPA must be sure of to register the pesticide. Yet at the same time, EPA is refusing to cancel its approval. This cowardice is contrary to EPA's core legal duties and will leave farmers and the planet unprotected for yet another year in 2022. Once again EPA is requiring public interest organizations and the courts to do its job for it, and we will be asking the court to do just that."

EPA also admits that at least 63 counties specifically noted for their endangered species concerns—home to imperiled species already on the verge of extinction that are known to be harmed by dicamba exposure—experienced injury from dicamba drift this summer. And EPA acknowledged that dicamba use continues to socially impact communities by harming relationships amongst neighbors and spurring threats of violence.

EPA admits it remains unsure whether dicamba can be used in a manner that does not pose unreasonable risks to non-target crops and other plants, or to listed species and their designated critical habitats. Yet despite these findings, the agency stated it will not cancel the current registration or make any other changes to the restriction at this time, instead merely evaluating other options for addressing future dicamba-related incidents.

"Dicamba's five-year trail of unprecedented devastation is more than enough evidence to ban all over-the-top uses now. More review and study must not be used as pretext for still further procrastination," said Bill Freese, science director at Center for Food Safety. "This is not even a close call. Farmers' livelihoods, rural communities are at stake."

According to an organization of former EPA officials, the Agency does not understand either how bad dicamba damage is, or the failure of usage restrictions to reduce it. This and much else was communicated in an October 28th letter from the Environmental Protection Network to EPA. The former officials warned the Agency that OTT dicamba registration "is almost certainly unlawful" given EPA's failure to show dicamba provides benefits to outweigh its many risks and costs.

A coalition of farming and environmental groups led by CFS sued EPA in 2017, successfully arguing its approval of dicamba violated core environmental laws. In June 2020 the Ninth Circuit Court of Appeals rescinded EPA's dicamba approvals in a precedent-setting ruling. The Trump Administration nonetheless re-approved dicamba in October 2020 just days before the presidential election, and the same coalition is currently challenging that decision. EPA has subsequently admitted that the original dicamba approval was politically tainted, with politics trumping science and law, but has continued to back the more recent 2020 decision re-approving it.