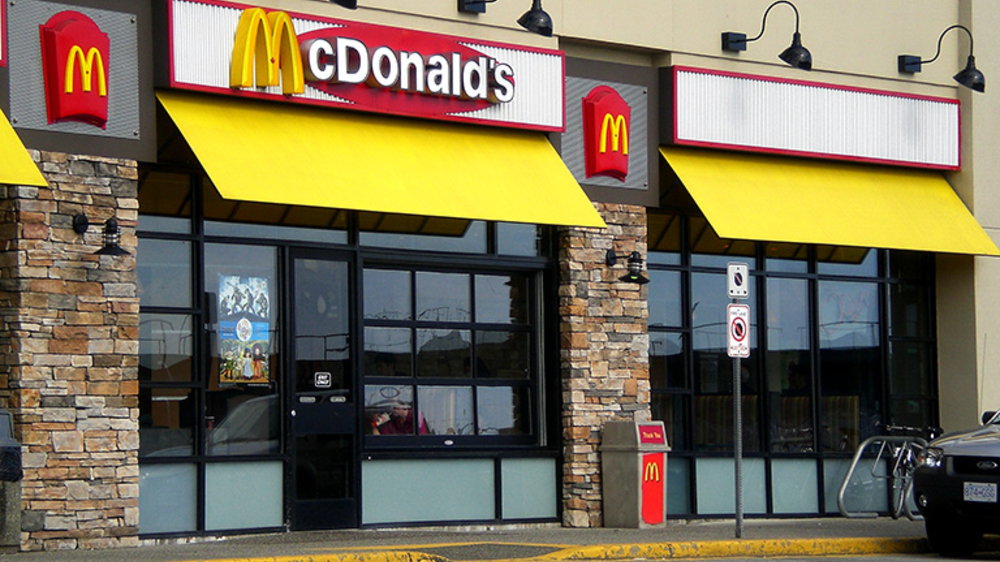 CHICAGO—A broad coalition of public health, animal welfare and food safety groups sent McDonald's CEO Chris Kempczinski more than 25,000 petition signatures today urging the company to fulfill its 2018 promise to set targets for reducing the use of medically important antibiotics throughout its global beef supply chain. The renewed call for action comes after a new report found that more than 1.2 million people died worldwide from drug-resistant infections in 2019, the most recent year for complete statistics.

"Antibiotic resistance is a global health crisis fueled in part by overusing life-saving medicines to produce cheaper meat. As one of the world's biggest beef purchasers, McDonald's has the power to pressure meat producers to transform how they use antibiotics and raise animals. Now, McDonald's has to follow through and do it," said Matt Wellington, US PIRG's Public Health Campaigns Director.

"It's past time we stopped using antibiotics to sustain a harmful and toxic industrial animal agriculture model. Instead, we should be using antibiotics sparingly and when medically necessary," said Julia Ranney, Research and Policy Associate at Center for Food Safety. "Large corporations like McDonald's have the power to create shifts in the industry. The future of public health depends on it."

Large restaurant chains such as McDonald's rely on a steady supply of meat. Unfortunately, too many of the industrial farms that produce meat in mass quantities raise animals in unsanitary, overcrowded and stressful conditions, and then give them medically important antibiotics to prevent the diseases that thrive in those circumstances. The routine use of these antibiotics creates drug-resistant bacteria that can spread off of farms and sicken people.

"Antibiotic resistance will have drastic effects on our health, economy, and environment if a change is not made. McDonald's, a global company, needs to follow through on its commitment by eliminating low-welfare production practices that drive up routine use of antibiotics," stated Annette Manusevich, Farming Campaign Manager at World Animal Protection, US. "Cows raised for beef are treated as mere commodities, overcrowded in barren feedlots and fed grain-heavy diets that make them susceptible to diseases. World Animal Protection, US urges industry ?giants like McDonald's to honor their previously stated commitment. McDonald's has the ability to influence a revolution among competitors to make similar commitments to better animal welfare standards and help end animal suffering."

McDonald's and several other chains already purchase some of their chicken raised without overusing medically important antibiotics, but progress on beef has been slower. That's concerning, given that beef producers purchase about 41 percent of the medically important antibiotics sold to the meat industry overall in the United States. Large restaurant chains, including McDonald's, have also recently added plant-based sandwich options to their menus at certain locations, a strategy that could contribute to less reliance on industrial meat suppliers that routinely use antibiotics.

"With millions of deaths already, McDonald's failure to fulfill its global commitment and act to make sure its meat supply is not contributing to the problem is disheartening and disturbing, " said Steven Roach, Safe and Healthy Food Program Director at Food Animal Concerns Trust.

Without meaningful action to stop antibiotic overuse, drug-resistant infections could cause 10 million global deaths annually by 2050. 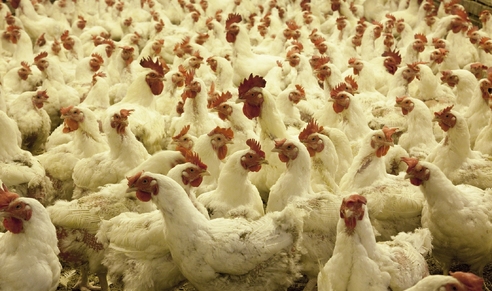 McDonald's Shares its Vision for Global Phase-out of Critical Antibiotics

Today, McDonald’s released an updated version of its Global Vision for Antibiotic Stewardship in Food Animals , providing a clear framework for how the company plans to address…
Read More 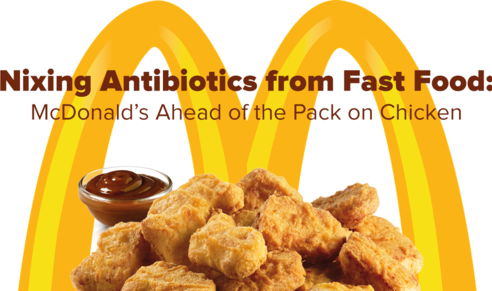 Nixing Antibiotics from Fast Food: McDonald's Ahead of the Pack on Chicken