"We gave EPA a golden chance and a blueprint to fix a problem that has caused significant harm to people, bees, birds, and the environment — and it stubbornly refused." 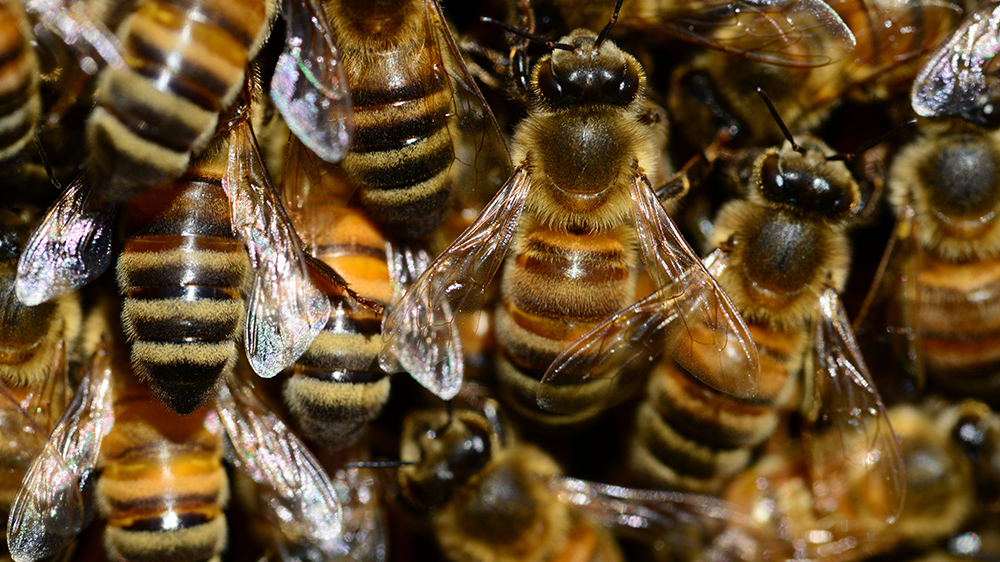 SAN FRANCISCO—Today, the U.S. Environmental Protection Agency (EPA) denied a legal petition by Center for Food Safety (CFS), Pesticide Action Network of North America, and others, demanding that the agency fix its failure to regulate pesticide-coated seeds, which are known to be widely harming bees and other pollinators. These crop seeds are coated with systemic insecticides known as neonicotinoids, the most widely used insecticides, and have devastating environmental effects. CFS filed the rulemaking petition in 2017 that would close the loophole. When EPA failed to answer the petition as of late 2021, CFS was forced to take them to court. Today's response is issued pursuant to a court-set deadline.

"We gave EPA a golden chance and a blueprint to fix a problem that has caused significant harm to people, bees, birds, and the environment — and it stubbornly refused," said Amy van Saun, senior attorney with the Center for Food Safety. "It's extremely disappointing and we'll be exploring all possible next steps to protect communities and the environment from the hazard of pesticide-coated seeds, including a lawsuit challenging this decision."

Crops grown from pesticide-coated seeds, such as corn, soybean, and sunflower seeds cover over 150 million acres of U.S. farmland each year. Neonicotinoids are taken up into the plant's circulatory system as the plant grows, permeating leaf, pollen, nectar, and other plant tissues. Neonicotinoids affect the central nervous system of insects, causing paralysis and death. Sublethal impacts include impaired navigation and learning. As a result, beneficial insects, valuable pollinators, and birds—including threatened and endangered species protected under the Endangered Species Act—are killed or injured. For songbirds, ingesting just one neonic coated seed can cause serious harm or death. Additionally, more than eighty percent of the pesticide coating can leave the seed, contaminating the air, soil, and waterways of surrounding environments. Most notably, clouds of neonicotinoid-laced dust released during planting operations has caused mass die-offs of honeybees and wild native bees.

Earlier this year, EPA admitted grave harm to hundreds of endangered species from the pesticide active ingredients that coat these treated seeds. On June 16, 2022 EPA released its final biological evaluations for clothianidin, thiamethoxam, and imidacloprid (three major neonic active ingredients), as required by a settlement in an earlier CFS case. EPA found that each neonic is likely to adversely affect from two-thirds to over three-fourths of America's endangered species—1,225 to 1,445 species in all.

These pesticidal seeds also pose danger to communities. For example, the devastation caused in the village of Mead, Nebraska from the fumes and runoff of an ethanol plant using coated seeds as feedstock. The pollution has caused bee dieoffs and even eye and throat irritation and nosebleeds to local residents from the neurotoxins coating the corn seeds.

The 2017 petition demanded EPA close the regulatory loophole that allows seeds coated with systemic pesticides (coated seeds) to evade the registration and labeling requirements of the Federal Insecticide, Fungicide, and Rodenticide Act (FIFRA). EPA currently exempts coated seeds from FIFRA's registration requirements and has failed to assess the risks of these unregulated seeds—while never providing the public with any justification for this exemption.

In EPA's response denying the petition, the agency instead stated that it would "continue to review labeling instructions for pesticides registered for seed treatment" to ensure those instructions are "complete" for the seeds ultimately coated with these biocides. EPA also promised to issue an Advanced Notice of Proposed Rulemaking "to seek additional information on pesticide seed treatment and to explore the option of issuing a rule pursuant to FIFRA section 3(a) to regulate the use of pesticide-treated seed."

CFS, through its Pollinators & Pesticides program, has long advocated for thorough, science-based safety testing and proper regulation of new pesticide product uses prior to any marketing and cultivation of crops, in a manner that minimizes lethal and sublethal effects on non-target species.