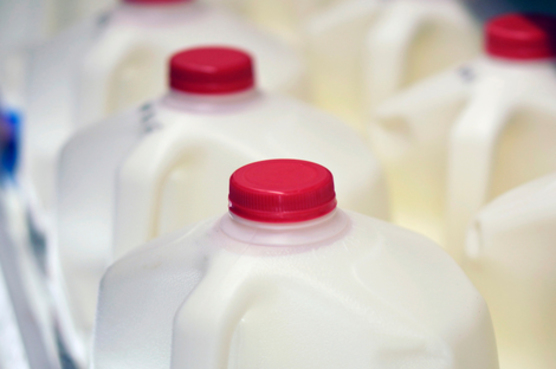 Once again mad cow disease (bovine spongiform encephalopathy [BSE]) has surfaced in the U.S.  This week the United States Department of Agriculture (USDA) confirmed BSE in a California dairy cow.  USDA has taken the position that milk from BSE-infected cattle is safe for human consumption.  Dairy cattle are, however, often processed into meat for human consumption when they are no longer productive milkers.  Tissue from infected cows’ central nervous systems (including brain or spinal cord) is the most infectious part of a cow.  Such tissue may be found in hot dogs, taco fillings, bologna and other products containing gelatin, and ground or chopped meat.

People who eat contaminated beef products are at risk of contracting the human version of mad cow disease known as new variant Creutzfeldt-Jakob disease (vCJD). The disease slowly eats holes in the brain over a matter of years, turning it sponge-like, and invariably results in death. There is no known cure, treatment, or vaccine for BSE diseases.  The incubation period for “mad cow” disease in cattle is thought to be approximately 5 years; it may be latent in humans for a decade or more before manifesting itself.

“The current safety net is riddled with holes,” stated Center for Food Safety staff attorney Elisabeth Holmes. “Clearly the California cow is an example of how the USDA’s current strategy is far from airtight.”  While USDA had made some efforts towards more stringent requirements since the 1990’s, unfortunately its recently-issued BSE proposal is a complete reversal of those endeavors.  The current proposal suggests dropping requirements that limit importation, using a mitigation measure as the primary means of safety, and adopting a lower standard than what many other countries currently insist upon (77 Fed. Reg. 15848 [Mar. 16, 2012]).  The Center for Food Safety is urging the USDA to enact tougher requirements to protect the security of our nation’s food supply.