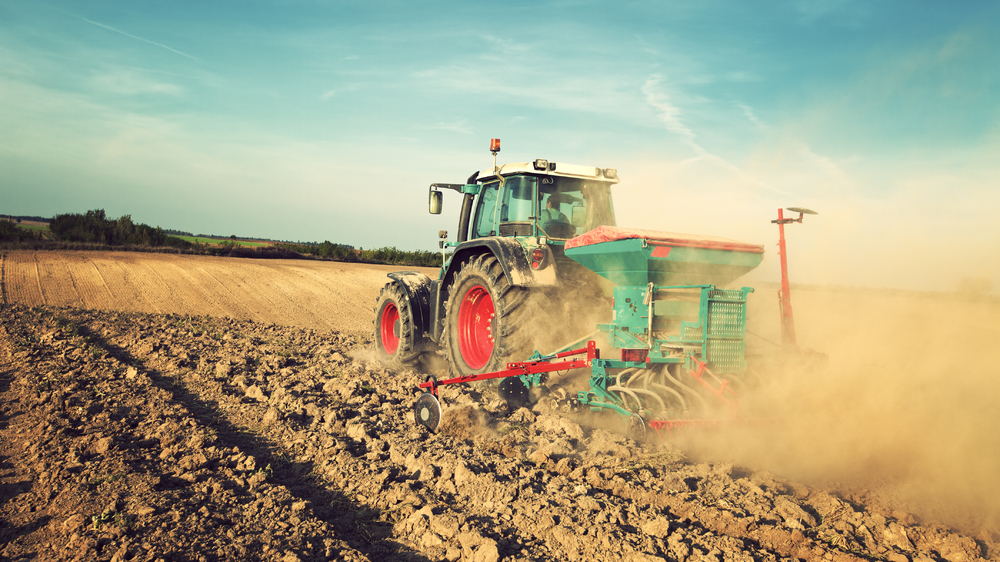 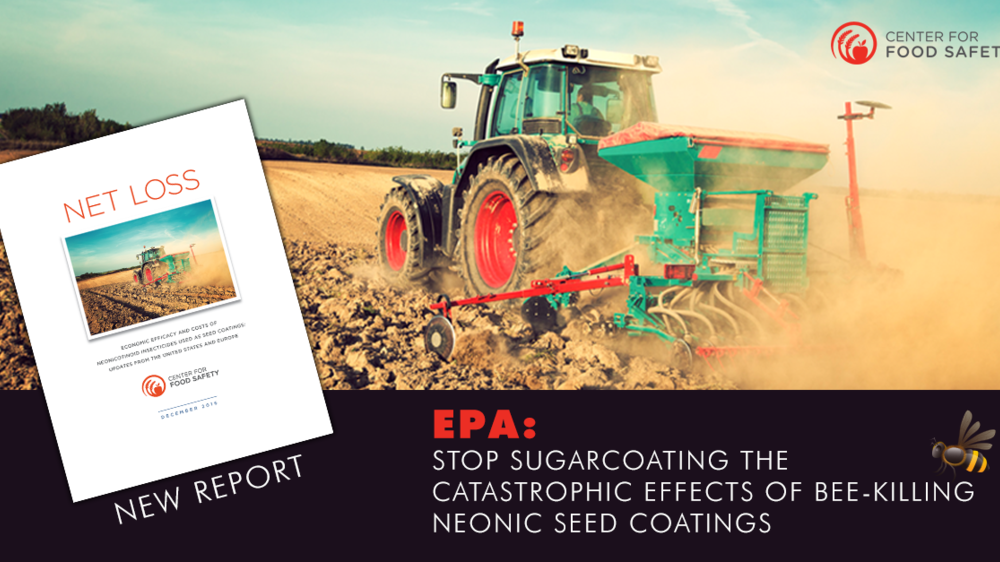 Bee-toxic seeds are planted on nearly half of all U.S. cropland. These neonicotinoid-coated crop seeds are the largest single use of insecticides in the country and they are not regulated by the Environmental Protection Agency (EPA). Would you be surprised to learn that these same insecticides often provide no benefit to farmers – that their use can actually do more harm than any potential good? It’s true, and the data is outlined in Center for Food Safety’s new report, Net Loss. But as shocking as both of these facts may be, the most upsetting reality is that the EPA has the ability to fix both of these issues, but won’t. In fact, it is their job to address these problems through proper regulation – one that they’ve been failing miserably at.

Neonicotinoids (or, “neonics”, for short) are the most widely used insecticides in the world and they are highly toxic to bees and other pollinators. While neonics can be applied as sprays, soil drenches, trunk injections, and in other forms, the primary use of these chemicals is as a seed coating for annual field crops (like corn, soybeans, and cotton), planted on at least 150 million acres across the U.S. More alarming than the vast acreage that we’re using these products on is the fact that when used as a seed coating, much of the chemical doesn’t actually enter the crop itself. Depending on the crop, only about five percent [!] of the active chemical in the seed coating enters the plant – even this small amount delivers enough of a dose to make the plant highly toxic to bees. The remaining 95 percent of the chemical is left to pollute the environment through seed dust or soil contamination and water runoff – imagine the damage that does!

This widespread contamination allows myriad ways for bees and other pollinators to come into contact with these toxic chemicals. At the same time, hundreds of millions of acres of land and water have now become polluted with neonics—everything from wildflowers near crop fields, to countless species’ soil and ground habitats, to nearby surface and groundwater, and even freshwater and marine ecosystems. To top it all off, because neonic-coated seeds are planted year after year (despite their lack of efficacy) and the active ingredients have long half-lives in most soils, the chemicals swiftly build up in our lands and waters, often accumulating well-past safe thresholds.

Scientists have been documenting these issues extensively for years, and yet the EPA still refuses to properly regulate these toxic chemicals. Not only is the agency refusing to regulate the planting of coated seeds as a pesticide application, but it is failing to adequately assess the harms associated with neonic uses, and instead, only focusing on purported benefits. This is a huge problem, especially as evidence continues to pile up showing that uses of neonic seed coatings are often completely unnecessary.

As CFS’s new report, Net Loss, highlights, numerous studies show that the yields for common crops do not increase with the use of neonic seed coatings. Thanks to new data out of the European Union, this is confirmed by comparing crop production in the EU, which suspended most of the neonic seed coatings in 2013. The production of those crops did not suffer and, for most of the years since the 2013 moratorium, crop production has actually been higher than it was before. In addition to this data, agricultural scientists and other experts in the United States and the United Kingdom have issued extensive new studies and reviews on the lack of overall effectiveness of neonic seed coatings.

So what is the significance of this new data and what is EPA’s role to play? Pesticide seed coatings are regulated by EPA under the Federal Insecticide Fungicide and Rodenticide Act (FIFRA), which directs the agency to evaluate whether the use of any pesticide proposed for registration presents “any unreasonable risk to man or the environment, taking into account the economic, social, and environmental costs and benefits”. As CFS has pointed out to the agency time and time again, the cases of documented harms from uses of seed coatings continue to increase, while the benefits remain to be seen. These harms include:

It is clear from mounting evidence that neonic seed coatings often provide little to no benefits to farmers, yet their use comes with serious consequences to the environment and food system. This leaves us with one final question: why is EPA failing to act on these chemicals? EPA should suspend all neonicotinoid seed coating product registrations as required under FIFRA until the costs and benefits are adequately reviewed. Our pollinators, farmers, food system and environment deserve better from the agency charged with protecting them. 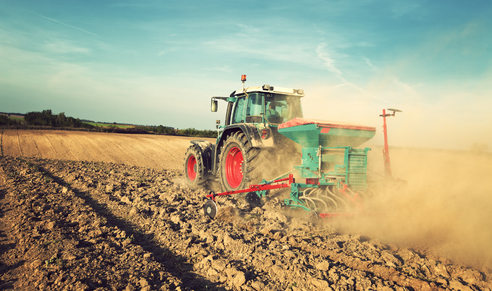 Net Loss—Economic Efficacy and Costs of Neonicotinoid Insecticides Used as Seed Coatings: Updates from the United States and Europe

Download the Report Net Loss—Economic Efficacy and Costs of Neonicotinoid Insecticides Used as Seed Coatings: Updates from the United States and Europe , shows that the e…
Read More