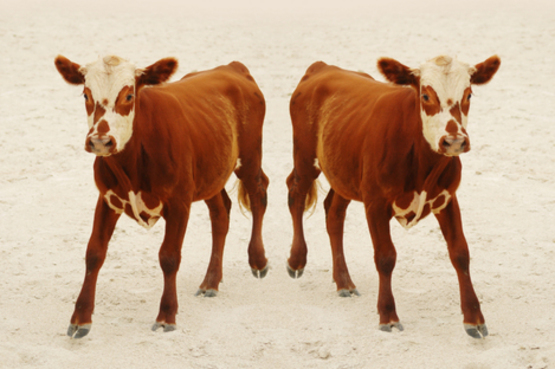 Animal cloning represents a fundamental change in our relationship with animals. Instead of humans assisting or acting as midwives in animal reproduction, cloning allows humans to become wholesale creators of genetic “replicas” of existing animals.

Ignored in the media hype over Dolly the sheep, the first cloned animal, was the appallingly high failure rate inherent in animal cloning.  Problems associated with cloning include:

In fact, Dolly herself succumbed to a progressive lung disease and had to be euthanized at the age of six, approximately midway through her expected lifespan (14). Oddly enough, sheep were the only species of cloned animal the FDA denied food use approval for, citing “insufficient information” on the health of cloned sheep, other than poor Dolly.

Americans also have strong feelings about the moral and ethical implications of animal cloning, and these feelings have yet to be aired in a broad, public debate. More than 200 U.S. religious leaders have announced their opposition to patenting animal genes, tissue, organs, and organisms, due to their belief that genetic manipulation and life patenting shifts authorship of life from God to scientists and lab-technicians. Animal cloners have also acknowledged that the technology will likely lead to human cloning attempts, despite the safety and ethical issues that surround such risky experiments. In fact, the two leading animal cloning companies (ViaGen and Cyagra*) were created by the companies most involved in human embryo cloning experiments. Viagen is not the only US company cloning animals for food (7). Hematech Pharmaceuticals in South Dakota is cloning and genetically engineering cows they purport to be “mad cow resistant,” but their CEO claims that they are not planning these as food animals, but rather pharmaceutical producers.

* NOTE: Cyagra was purchased by Argentina’s richest man. In 2002, he purchased Cyagra from Advanced Cell Technology (ACT). Cyagra has a licensing agreement with ACT that allows it to use ACT's human-cloning technology to breed animals. Read more: http://www.dailymail.co.uk/news/article-1301215/Wisconsins-king-copy-cattle-Farmer-sold-cloned-cow-embryos-Britain-claims-fell-sales-patter-promising-prize-animal-live-ever.html#ixzz2IvpMAc1P