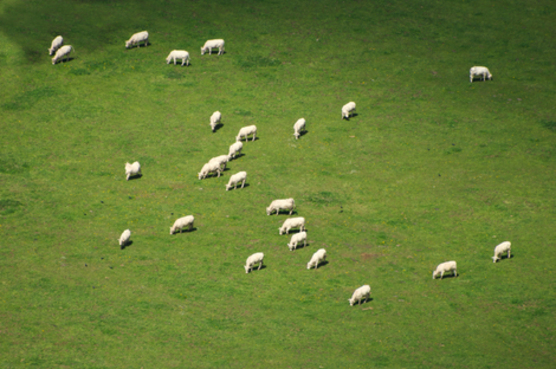 While cloning companies promise the production of identical, high-quality animals, scientists warn that this is a recipe for disaster. In 2005, a university researcher cautioned that, “if there is no genetic variability, disease can affect all the animals simultaneously,” potentially wiping out entire herds (1). A herd with naturally occurring genetic differences will typically include some animals that possess natural resistance to certain diseases, but with genetically identical clones the protections that diversity provides are lost. The commercialization of cloning would make it difficult if not impossible to reverse weaknesses or adverse effects bred into an animal population or species.

Modern livestock breeding has already reduced the genetic diversity of many populations of farm animals. Over 90 percent of U.S. dairy cows are Holsteins; eight of the fifteen breeds of swine raised in the U.S. in the middle of the twentieth century no longer exist; only five breeds make up nearly the entire U.S. poultry flock, and almost all white eggs come from one variety of chicken. Commercial cloning would further erode livestock diversity, because the protections provided by genetic diversity would be lost in genetically identical herds. Most cattle breeds in the US now require cloning status to be listed in the pedigree of an animal as a way of preserving genetic diversity.

Cloning will increase the hold that a few large corporations already have on our food supply. The technology benefits corporate factory farms at the expense of family farmers, who are less likely to afford the costly technology. Attempts to patent cloned offspring raise concerns that such patents will be used to control entire breeds. Monsanto, the leading producer of genetically engineered crops, has already filed global patents for the offspring derived from its pig breeding technology in an attempt to extend its patent beyond the reproductive technology to include an animal’s genes and its offspring.