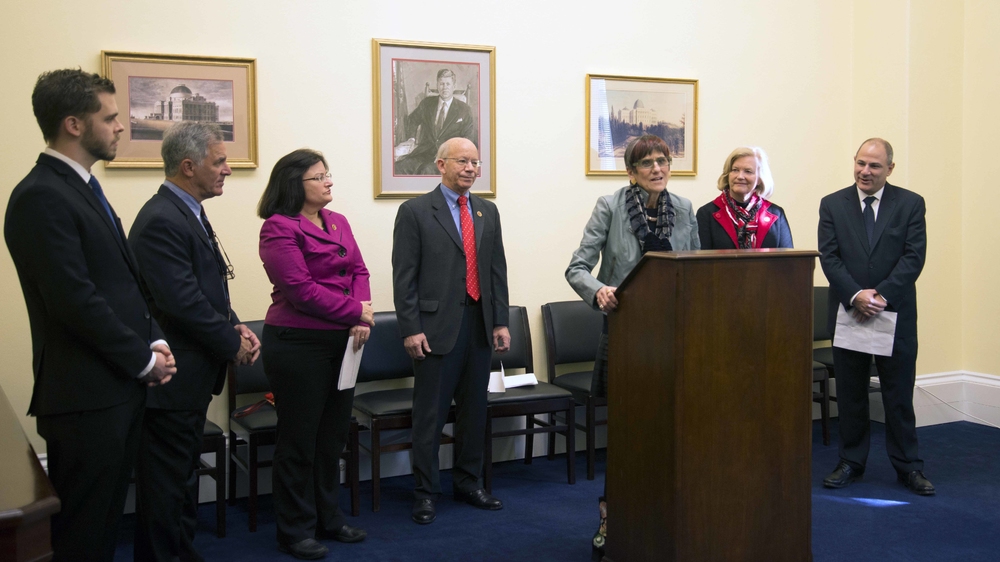 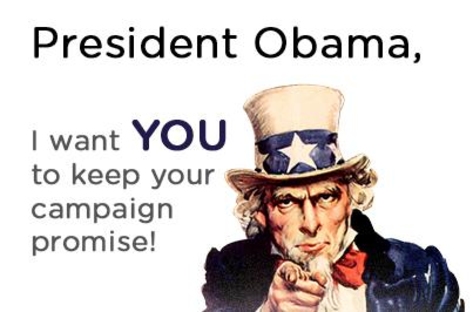 January 16, 2014 (Washington, D.C.)—More than 200 organizations and businesses called on President Barack Obama today to uphold his 2007 campaign pledge to require the labeling of genetically engineered (GE) foods. Congressional champions for GE labeling, led by Rep. Peter DeFazio, D-Ore., held a press conference in support of a letter sent to President Obama. Congressional leaders were joined by Center for Food Safety, Environmental Working Group (EWG), Just Label It, and other supporters of GE labeling.

“Regardless of age, income, education level or even party affiliation, Americans want the right to choose for themselves,” the letter states. “Two state legislatures have already approved GE labeling, and more than 20 other states are considering GE labeling laws. While we will continue to support state labeling efforts, we believe there should be a national mandatory labeling system.”

"In 2007, during a campaign stop in Iowa, President Obama pledged to give Americans the right to know whether they are eating genetically engineered food,” said Food Democracy Now’s Dave Murphy, who captured then-Sen. Obama’s pledge on video. “It’s time for the President to fulfill his commitment.”

Rep. DeFazio and Sen. Barbara Boxer, D-Calif., introduced common sense legislation in 2013 to compel the Food and Drug Administration (FDA) to implement a mandatory labeling policy. FDA has the authority to require food companies to disclose the presence of these novel food ingredients, and the agency has already required labeling for more than 3,000 ingredients, additives and food processes.

“In advance of this year’s State of the Union address, we urge President Obama to fulfill his commitment to require GE labeling and to add the U.S. to the list of 64 other nations that have given their consumers the right to know what is in their food,” said Ken Cook, president and cofounder of EWG. “Corporations should not be allowed to withhold this kind of information from the public.”

“FDA has a duty to act when the absence of labeling would leave consumers confused about the foods they buy,” said Violet Batcha, communications and social media manager of the Just Label It campaign. “It's been more than a decade since FDA approved voluntary GE labeling, and consumers are more confused than ever.”

“This is not an effort to stop GMO's, nor to mark them with a skull and crossbones - it is simply an exercise of our rights as citizens to know what we are buying and to be able to choose the ways that our foods are grown,” said Gary Hirshberg, chairman and cofounder of Stonyfield Farm.

“National polls show that 93 percent of Americans support GMO labeling,” said Laura Batcha, CEO and executive director of the Organic Trade Association.  “Consumers increasingly want to know how their food is produced.  The organic sector, which by law cannot use GMO processes, as well as many other non-allowed processes and inputs, always sides with the transparency that consumers deserve.

In 2011, Center for Food Safety, on behalf of Just Label It and 22 organizations and businesses, submitted a legal petition to FDA providing a blueprint for a national mandatory labeling policy.