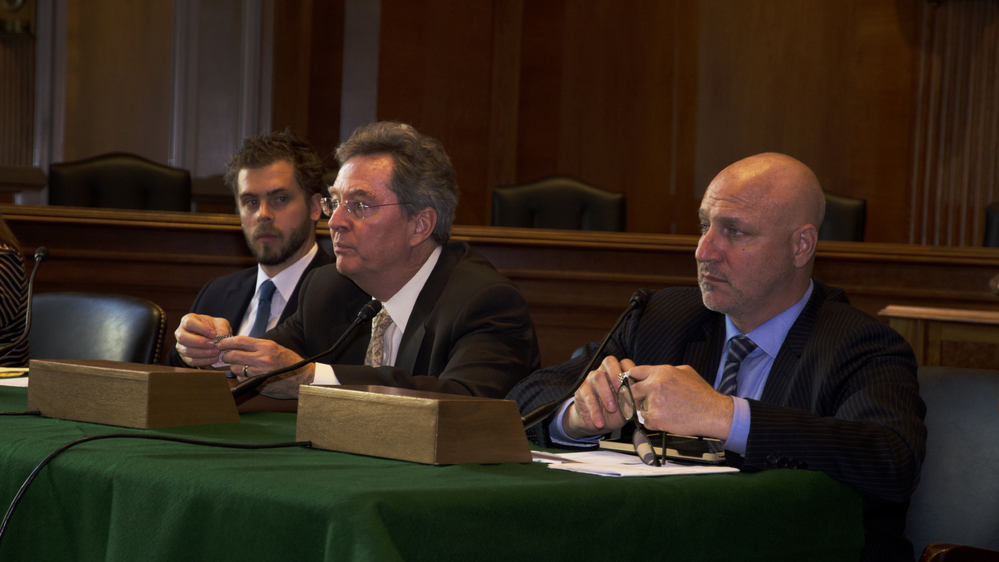 Democratic Gov. Peter Shumlin signed the bill – Vermont H. 122 – into law this afternoon, making his state the first in the country to mandate labels on GE foods and setting the stage for similar legislative efforts across the nation.

“As a chef and father of three boys, it is incredibly important to me to know what’s in the food that I’m feeding my kids and my guests,” said Colicchio, a founding board member of Food Policy Action and owner of Craft Restaurants. “I would like to personally thank Gov. Shumlin and the state of Vermont for passing a law that will give families assurance in the marketplace and more information about their food, empowering them to make smarter choices."

“Vermont sent a clear message that it has sided with the 93 percent of Americans who support mandatory labeling, and not the chemical companies who want to keep us in the dark,” said Ken Cook, president and co-founder of Environmental Working Group. “Americans, regardless of whether they live in Vermont or any other state, want and deserve the right to know more about their food.”

The states of Maine and Connecticut have also passed GE labeling bills, but unlike Vermont’s, they will only go into effect if surrounding states pass similar legislation.

More than 30 other states are poised to consider labeling bills and ballot initiatives this year. The food industry and its allies in Congress are trying to block these efforts with federal legislation that would prevent states and the U.S. Food and Drug Administration from requiring GE-labeling.

“We are confident opponents of mandatory labeling will not prevail,” said Gary Hirshberg, founder of Stonyfield Farm and chairman of Just Label It. “Today’s historic victory in Vermont will instead hasten similar labeling bills across the country and ultimately at the federal level. This is what citizens want."

More than 64 countries require GE labeling, including China and Russia.

"By signing this bill, Gov. Shumlin has raised the bar across the country for the people's right to know,” said Andrew Kimbrell, Executive Director for Center for Food Safety, which provided legal expertise for the bill. "This historic achievement is a clear sign that a federal requirement to label genetically engineered foods is the way of the future.”