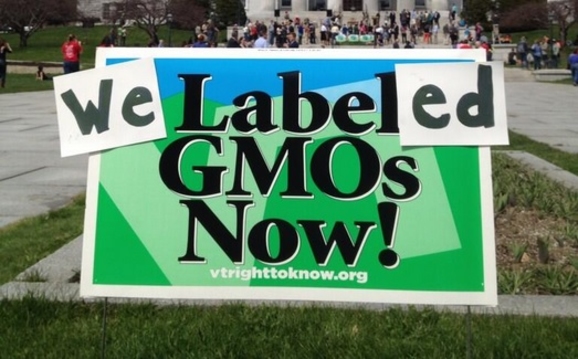 MONTPELIER, VT – Two consumer advocacy groups with a keen interest in defending Vermont’s new GMO labeling law have been granted permission by a federal judge to file legal briefs at every stage of the litigation over the law’s constitutionality. Christina Reiss, Chief Judge of the U.S. District Court of Vermont, ruled that briefing by the Vermont Public Interest Research Group (VPIRG) and the Center for Food Safety (CFS) “may prove helpful to the court.”  Judge Reiss ruled that VPIRG and CFS could participate in the case as amici curiae,or “friends of the court.”

The Judge, however, did not allow the two organizations to join the litigation as formal intervenors. In denying the groups’ motion to intervene, Judge Reiss noted that “the State has affirmed its capacity and motivation to vigorously defend Act 120” and therefore the interests of the groups in defending the law would be adequately represented.

“We’ve very pleased to be granted the opportunity to help defend the GMO labeling law from attack by giant corporate interests,” said Paul Burns, executive director of VPIRG.  “We helped more than 32,000 Vermonters share their concerns over GMOs with their legislators as the law was being debated in Montpelier. We know how much this issue matters to the State and to consumers, and we’ll do everything we can to ensure that Vermonters’ right to make informed decisions is upheld.”

“We will continue to vigorously defend Vermont’s labeling law from the industry’s baseless attacks,” stated George Kimbrell, senior attorney for Center for Food Safety. “This law not only represents the will of Vermonters, but is of critical interest to consumers across the country.”

Vermont’s Law School’s Environmental & Natural Resources Law Clinic is co-counsel with CFS in representing both VPIRG and CFS.  The Law Clinic also represented VPIRG’s interests during the legislative process and played a substantial role in demonstrating to lawmakers the legal merits of the legislation.

“We are looking forward to participating in this case as amici curiae and continuing to make the legal case for Vermont’s solid legislation,” said Laura Murphy, Associate Director of the Law Clinic.

Moving forward, VPIRG and CFS plan to participate in the legal proceedings with briefings on motions, responses, replies and other filings by the parties. Their briefs will be intended to support and augment the work of the Attorney General’s office in defending the law.