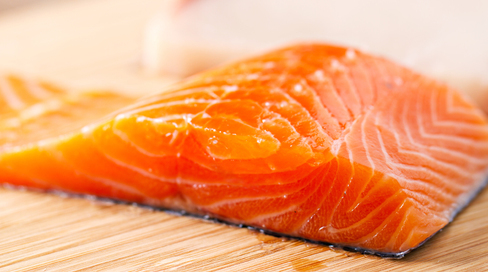 Statement of George Kimbrell, Senior Attorney, Center for Food Safety, and the lead author of Measure 92:

The claim in the recent No on Measure 92 tv ad that the U.S. Federal Government will require the labeling of Aquabounty’s proposed genetically engineered (GE) salmon is false.

In August 2010 the Food and Drug Administration (FDA) first proposed commercial approval of this salmon, which has a gene from an eel-like fish inserted into its DNA to make it grow faster. FDA made it clear from the outset that in making its decision it will apply the same labeling standards to the GE salmon that it applies to all other current GE foods.

Under those established standards, FDA does not consider the production fact of genetic engineering to be “material,” for purposes of requiring labeling; that is precisely why current genetically engineered foods are not labeled.  As FDA has explained: ‘FDA does not consider the fact that a food was made using genetic engineering, in and of itself, to be a material difference.’

As for the law cited in the ad, it is of course true that all fish are labeled for other reasons, such as farmed or wild, and country of origin.  But these requirements have nothing to do, nor do they cover, labeling because a fish is genetically engineered.  That is why FDA had to explain its labeling standards on the topic when it proposed the GE fish approval four years ago.

Even Aquabounty, the company developing the GE salmon, agrees that its fish will not have to be labeled as genetically engineered: “Current law and policy would not require additional labeling based upon method of production. The product should be labeled ‘Atlantic salmon.’”

It is very disappointing that opponents of Measure 92 would seek to mislead Oregon voters in this way. If Oregonians want genetically engineered salmon to be labeled as such – and they do – then they should ignore the false claims in these ads and support Measure 92.