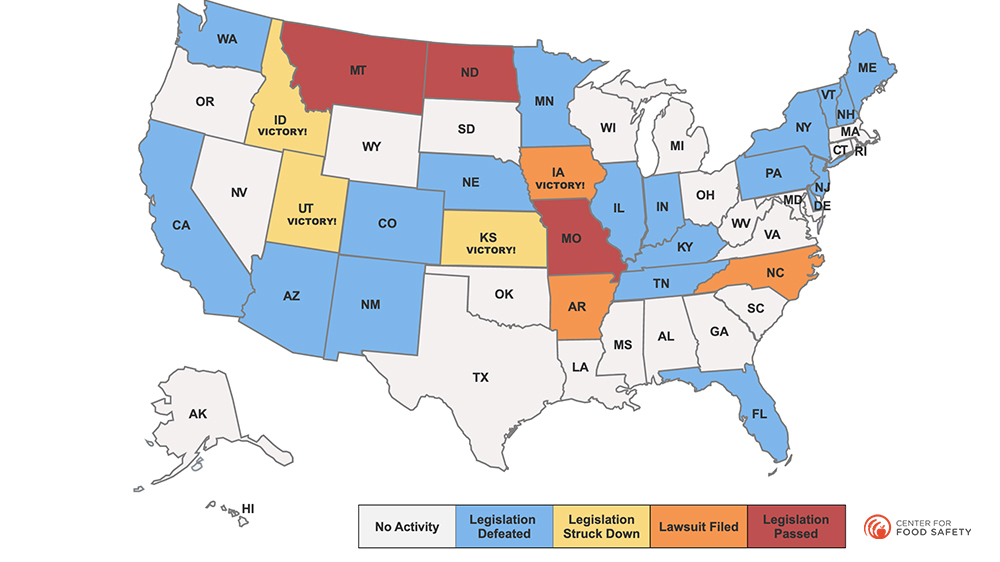 "Ag-gag" laws present a threat to food safety by seeking to stop investigative activities that could keep contaminated food off the market. The welfare of animals raised and slaughtered in animal factories has a direct correlation with the safety of the U.S. food supply.

The U.S. Constitution protects free speech and freedom of the press, including journalistic exposés of industrial animal production. For more than a century, the public has relied on undercover investigations to expose illegal and cruel practices on factory farms and slaughterhouses. No federal laws govern the conditions in which farmed animals are raised, and laws addressing slaughter and transport are laxly enforced.

Undercover investigations are the primary avenue through which the public receives information about animal agriculture operations. A 2012 consumer survey conducted by Purdue University's Department of Agricultural Economics and Department of Animal Sciences found that the public relies on the information gathered and presented by animal protection groups and investigative journalists more than they rely on industry groups and the government combined.

Opponents of ag-gag laws are often portrayed as solely concerned with animal welfare. While animal welfare is a serious problem, ag-gag laws also present a threat to food safety by seeking to stop investigative activities that could keep contaminated food off the market. Factory farms and slaughterhouses are major polluters, so undercover investigations are important for learning about violations of environmental laws as well.