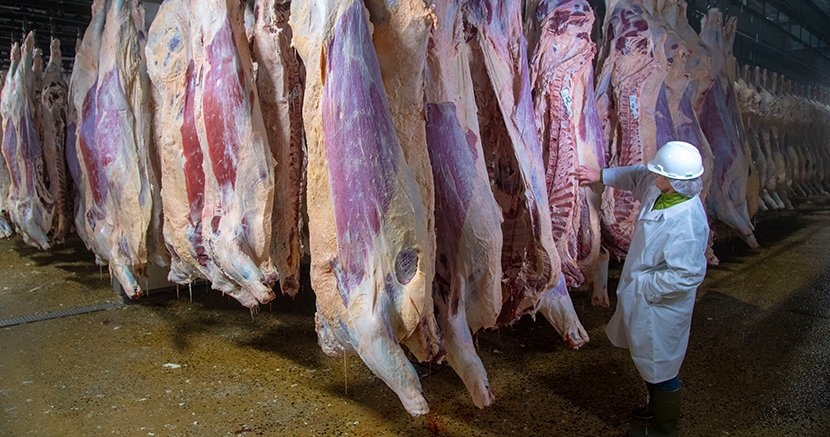 The NSIS rules are a draconian reversal to the swine slaughter inspection system that has existed in the United States since 1906. Prior federal law required that meat inspectors critically examine each and every animal for conditions (as dangerous as septicemia and salmonella) before and after slaughter.

The new rules prevent such inspection and hand over these responsibilities to the slaughter companies themselves. They also surrender federal control over removing contamination from carcasses to slaughter companies without any minimum training requirements for slaughter-plant employees.

The lawsuit claims NSIS rules cannot stand and must be permanently stopped. USDA is acting beyond its authority in essentially leaving inspection up to slaughter companies. These new rules are contrary to the Federal Meat Inspection Act.

"Reducing the number of trained federal inspectors and increasing line speeds is a recipe for disaster," said Ryan Talbott, Staff Attorney for CFS. "USDA has an obligation to protect the health and welfare of consumers. USDA cannot do that when it takes a back seat and lets the slaughter plants largely regulate themselves."

"There is no gray area here. The new rules curtail the ability of federal inspectors to detect serious food-safety problems and expose those who consume such pork products to serious health threats like salmonella," said Zach Corrigan, Senior Staff Attorney, Food & Water Watch. "It's easy to read between the lines with these new rules: the USDA is letting the wolf guard the hog-house. Food safety is one of the most important protections in our country and gifting the slaughter industry self-regulation powers will mean pork eaters in this country will be facing higher threats of disease."

This is the fourth action challenging the NSIS rules. FWW has filed a separate lawsuit for the agency's violation of the Freedom of Information Act and concealing of information related to the rules. The newest complaint is the first to challenge the rules because of the harm posed to consumers. The 69-page complaint details in more than 358 paragraphs how the agency has delegated critical inspection activities to the slaughter companies themselves and how this will harm public health. Two other groups have challenged the rules because of the harm posed to plant employees and to the animals because they will result in inhumane treatment.