Senator Brian Kavanagh, Assemblywoman Linda Rosenthal, and Over 70 Groups Advocate for Passage of Bill That Will Reduce Threat of Antibiotic-Resistant Superbugs 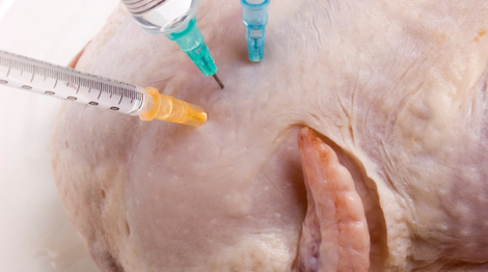 Albany, NY — Senator Brian Kavanagh and Assemblywoman Linda Rosenthal joined NYPIRG, Consumer Reports, Center for Food Safety, and over 70 national and state environmental, health, and consumer organizations today to call on the State Legislature and the Governor to take action in the state budget against the immediate and growing threat to the public's health posed by antibiotic-resistant "superbugs."

"Superbugs" are bacteria that have become immune to antibiotics and as a result cause infections that are difficult to cure, and sometimes deadly. State legislation, sponsored by Senator Brian Kavanagh and Assemblywoman Linda Rosenthal (S.5742A/A.9632), addresses the overuse and misuse of antibiotics in farm settings. Building on laws passed in California and Maryland, the legislation prohibits the use of medically important antibiotics for "disease prevention" in food-producing animals and sets up reporting mechanisms to monitor their use in agriculture and track the emergence of antibiotic-resistant bacteria.

"Antibiotic resistant microbes are an urgent and growing threat to public health and safety, but we can act now and avoid widespread catastrophic illnesses. We need to pass this legislation to reduce the development and spread of antibiotic-resistant infections in humans and animals and preserve the effectiveness of medically important antibiotics for treating disease for future generations. I thank Assemblymember Rosenthal, NYPIRG, Consumer Reports, and the coalition of organizations that are committed to educating New Yorkers about this critical issue and getting this legislation enacted," said Senator Brian Kavanagh (D-Manhattan and Brooklyn).

"For years, the food industry has kept animals that will ultimately become our food in cruel, filthy and deplorable conditions in factory farms. The result of this inhumanity, aside from the obvious suffering of the animals, is that antibiotics must be given to totally healthy animals to prevent infection that results from the unsanitary conditions. Unless we hold the industry to account, even if we address the other causes of antibiotic resistance, we leave ourselves vulnerable to the growing threat of antibiotic-resistant superbugs. I am proud to sponsor legislation that will protect the public health and ensure the animals' welfare by imposing reasonable limits on antibiotic use on healthy animals," said Assemblymember Linda B. Rosenthal (D-Manhattan).

Blair Horner of NYPIRG said, "By mid-century, worldwide deaths resulting from antibiotic-resistant infections may exceed those resulting from cancer.  While the world must act, state policymakers can take significant actions through better regulation of antibiotic use in agricultural settings. NYPIRG applauds the legislative leadership of Senator Kavanagh and Assemblywoman Rosenthal in moving this issue onto Albany's end-of-session agenda."

"Antibiotics are frequently used to prevent disease when food animals are kept in large scale unsanitary factory farming conditions. But this isn't necessary. Meat and poultry can be raised without antibiotics—there are lots of "no antibiotics" meat and poultry products already on the market. We must end use of medically important antibiotics for disease prevention on factory farms to ensure that we still have antibiotics for sick people," said Jean Halloran, Policy Advisor for Center for Food Safety.

For decades, the world has benefited from antibiotic treatments that have significantly reduced the deadly threats posed by infections.  However, due to the overuse and misuse of antibiotics, experts now estimate that worldwide deaths resulting from "superbug" infections will exceed the death toll from cancer by the middle of this century if action is not taken now to combat the crisis. According to the National Institutes of Health, "superbugs" result from the ongoing exposure infectious bacteria have to antibiotics.  Over time, a small percentage of these bacteria develop resistance to antibiotics. As they replicate and spread, more people will be exposed to them and the infections they cause become more difficult to treat. Some of the bacteria can develop resistance to multiple antibiotics.  Antibiotic-resistant bacteria are considered "superbugs."

The U.S. Centers for Disease Control and Prevention (CDC) estimate that 20 percent of these antibiotic-resistant "superbugs" emerge from farms in which animals are treated with antibiotics also used by humans.  In particular, the practice of using antibiotics for "disease prevention"—in which farm animals are routinely treated with antibiotics even though no clinical signs of illness are present—spurs the evolution of "superbugs" that are negatively impacting human populations. In the CDC's 2019 "Antibiotic Resistance Threats in the United States" report, it was estimated that Americans suffer from 2.8 million resistant infections annually, 35,000 of them resulting in death.

"As a pediatric infectious disease physician, it has been horrifying to have to watch multiple children die of resistant infections, powerless to stop them because we had no more antibiotics to offer. We need to slow the emergence of these fatal superbugs. New York is already leading the country in work on appropriate antibiotic use in people. This bill, if passed, will help ensure the same judicious use of antibiotics in animals, slowing the emergence of resistant bacteria and helping keep all our antibiotics working—so that no child ever has to suffer that awful fate," said Saul Hymes, MD, Medical Director of Pediatric Antimicrobial Stewardship and Assistant Professor of Clinical Pediatrics, Stony Brook Children's Hospital.

"We shouldn't waste antibiotics on livestock that aren't sick," said Michael Hansen, Ph.D., senior scientist for Consumer Reports. "This bill will help ensure that these critical medications are not misused on the farm and will keep working for both people and animals when they are really needed."

"Antibiotic resistance is one of the greatest threats that we face today. We must significantly reduce antibiotic use in human medicine and agriculture if we are going to preserve the efficacy of these life-saving medicines. The federal government is moving too slowly in its regulation of antibiotics in food-animal production, so we need leadership from the states. We hope New York quickly moves this bill into law," said Lance B. Price, Director, Antibiotic Resistance Action Center, Milken Institute School of Public Health, George Washington University.

Dr. Gail Hansen, an independent public health veterinary consultant, said, "This legislation takes important action towards combating antibiotic resistance by reducing antibiotic use in food animals to only when medically necessary, prohibiting scientifically unsupported practices, and providing information on emerging antibiotic resistance. This will serve to safeguard the efficacy of antibiotics for animals and people, while ensuring animal welfare."

"The public is counting on licensed medical professionals to make appropriate decisions to help mitigate the growing antimicrobial resistance problem. By requiring that veterinarians oversee all antimicrobial use to treat, control, and prevent diseases in animals, this legislation would help reduce the profligate nontherapeutic use of antimicrobials in food animal production, while ensuring their continued use when it is in the best interest of animal patients and public health," said Eileen Jefferson, DVM, HSVMA New York State Representative.

Ken Jaffe, MD, a New York physician and beef farmer said, "We're facing a worldwide public health crisis, where antibiotics are becoming ineffective in treating infections because they are overused and misused in both people and animals. We need to support farmers that employ on-farm management techniques that lower the risk of infection and reduce the need for preventive antibiotic use while preserving animal welfare. By reducing antibiotic use in food-producing animals, we can help keep these important medicines effective for treating sick people." 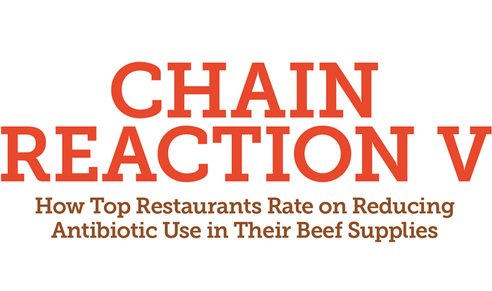 REPORT: Most Fast Food Chains Get Poor Grades for Overuse of Antibiotics in Beef

REPORT: Most Fast Food Chains Get Poor Grades for Overuse of …Read More 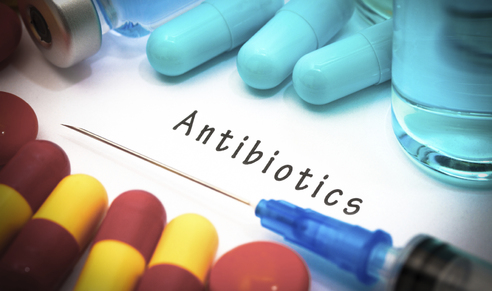