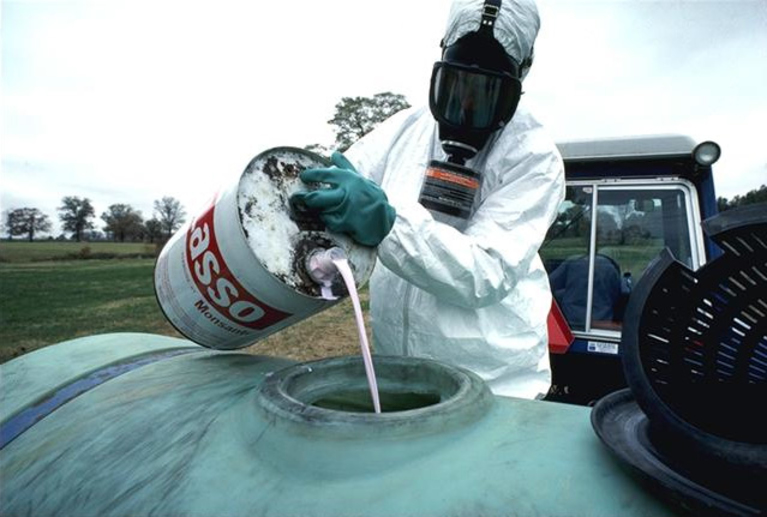 At about the same time that the Beatles released their first LP, Americans were starting to question the safety of increasingly used pesticides, largely as a result of Rachel Carson’s groundbreaking book “Silent Spring.”[1] Back then I was much more interested in “Twist and Shout” than DDT. Who cared about real beetles?

But now, more than 50 years later, as a biologist I am alarmed at the continued, intensifying use of pesticides worldwide.[2] Although Carson’s warnings fostered the political will to create pesticide regulations in the US and elsewhere, tragically the resulting safeguards aren’t really protecting our environment.

This point was convincingly driven home by a new study published in the Proceedings of the National Academy of Sciences.[3] The authors, Drs. Stehle and Schulz of the Institute for Environmental Science of the University of Koblenz-Landau in Germany, analyzed more than 800 studies of 28 different agriculturally-applied insecticides in samples gathered from lakes, rivers, and streams around the world between 1962 – the year of “Silent Spring” – and 2012. They wanted to know how often these potent insecticides were found in surface waters and sediments at levels above thresholds set by regulatory agencies such as the US Environmental Protection Agency (EPA).

The answer is dismaying. Worldwide, roughly half of samples where insecticides were detected had levels that exceeded limits set to keep organisms in those waters safe. Even in the United States and European Union, where pesticide regulations have been in place for years, 54.2% of the insecticide-contaminated samples taken in the last 15 years exceeded levels known to decrease biodiversity. Fish, mussels, crabs, frogs, birds, dragonflies, and yes, beetles, are just a few types of animals at risk in such insecticide-impaired aquatic ecosystems.[4]

Are the culprits just older insecticides, developed before regulatory agencies supposedly got tough? According to this study, no.

In real-world monitoring, the most widely used newer insecticides - for example, synthetic pyrethroids that were developed to replace insecticides such as DDT – are even more likely to exceed regulatory thresholds for water, and are very poisonous to aquatic organisms. Although synthetic pyrethroids are less acutely toxic to people and many other animals than the insecticides they've in part displaced, this benefit of the swap may be illusory as serious chronic toxicity becomes apparent.[5] For example, just this year a study has linked pyrethroid exposure to a devastating neurological disorder, Parkinson’s disease, for the first time.[6]

Research also shows alarming harm to insects, birds, and other animals as another heavily used[7] new class of insecticides, neonicotinoids, move from farm fields into surrounding areas, including water bodies.[8] Again, lower acute toxicity to people may be a devil’s bargain as the whole food chain is affected. Aquatic invertebrates are impacted on a very wide scale[9], and new studies from the Netherlands have documented that bird populations that depend on those invertebrates are declining at alarming annual rates.[10] Similar bird declines in Europe, Canada and the United States point to the same smoking insecticide gun as a major factor. [11] On land, pollinators, such as honeybees and wild bees that are required for so many of our fruits and vegetables are particularly vulnerable to neonicotinoids that get into pollen and nectar.[12] Beneficial predator insects are being poisoned as they consume neonictotinoid-contaminated prey lower in the food chain.[13] Just one irresistible seed coated with neonicotinoids can disrupt a songbird’s reproduction, or even cause death.11

So, while we might have expected more protection of the environment after “Silent Spring,” and indeed there have been some notable improvements as a result[14], some of these newer insecticides are shaping up to be as bad as the older ones they are meant to replace.

On balance then, according to this comprehensive study, throughout the world and over the years risk assessment procedures for insecticides have failed to protect aquatic environments in far too many cases. Why this failure has occurred no doubt involves a variety of factors[15], from meddling in regulation by pesticide makers and users[16] to the regulatory challenges of designing rules that work in the real world and then enforcing them. These same factors affect herbicides, fungicides, and all the other biocides too. I would therefore not be surprised to learn of similar regulatory failures wherever pesticides are used.

We can’t wait another 50 years for pesticide regulation to live up to its promise of protecting nature. There are gaping holes in the U.S. regulatory process that must be fixed as a first step. But even fixing them will not suffice. We need to slow, and eventually stop the pesticide treadmill – where new pesticides replace or supplement old ones when the latter become less effective due to evolution of pest resistance, even as the overall extent and intensity of pesticide use continues to climb.

If the latest “crop protection” innovations from agrichemical giants Monsanto and Dow AgroSciences are any indication, our besieged ecosystems are in for more pesticide treadmill action, not less.

Since their introduction in 1996, Monsanto’s genetically engineered (GE) herbicide-resistant crops have led to hugely increased use of the weed killer glyphosate[17], the active ingredient in Roundup®. As a result weeds have developed resistance to glyphosate right and left.[18] In response, Monsanto and Dow are poised to introduce new lines of GE crops resistant not only to glyphosate, but also to the older herbicides dicamba[19] and 2,4-D[20], respectively.

It doesn’t take a genius to foresee that dicamba and 2,4-D use will skyrocket, leading to more resistant weeds.[21]  And it’s already clear that agrichemical companies will genetically engineer crops for resistance to yet more herbicides – the transgenic treadmill – that will accelerate the treadmill of pesticide use. The expected big increases in the use of these herbicides over a large swath of the US will surely cause even more harm to the already stressed animals and plants in our pesticide-laden environment.[22] [23]

Where is the Environmental Protection Agency, charged with safeguarding the birds and the bees, and all living things (including us!) from rampant pesticide contamination? So far, EPA has been facilitating this pesticide-GE crop treadmill[24] when it should be working to stop the madness. Alternatives exist – sophisticated, sustainable, non-chemical ways to manage pests.[25]  Our regulatory agencies should lead a concerted effort to promote such ecological farming techniques, which will not only benefit the environment, but also improve the health and economic welfare of America’s farmers.

[8] Worldwide Integrated Assessment of The Impacts of Systemic Pesticides on Biodiversity and Ecosystems (2015). http://www.tfsp.info/assets/WIA_2015.pdf

[11] Mineau P, and C. Palmer (2013). The Impact of the Nation’s Most Widely Used Insecticides on Birds. American Bird Conservancy. http://www.abcbirds.org/abcprograms/policy/toxins/Neonic_FINAL.pdf

[18] Gurian-Sherman, D. and M. Mellon (2013). Union of Concerned Scientists, Policy Brief, 2013: The Rise of Superweeds - and What to Do About It. http://www.ucsusa.org/sites/default/files/legacy/assets/documents/food_and_agriculture/rise-of-superweeds.pdf

[23] Freese, B. and M.L. Crouch (2015). Monarchs in Peril: Herbicide-Resistant Crops and the Decline of Monarch Butterflies in North America, Center for Food Safety Report. http://www.centerforfoodsafety.org/reports/3708/monarchs-in-peril-herbicide-resistant-crops-and-the-decline-of-monarch-butterflies-in-north-america

More and more people are beginning to understand that what we put on our food, land and water ends …Read More