Final Decision For Endangered Species Act Protection Due Later This..."/>

Final Decision For Endangered Species Act Protection Due Later This...">

Eastern Monarch Butterfly Population Decreases by More than Half 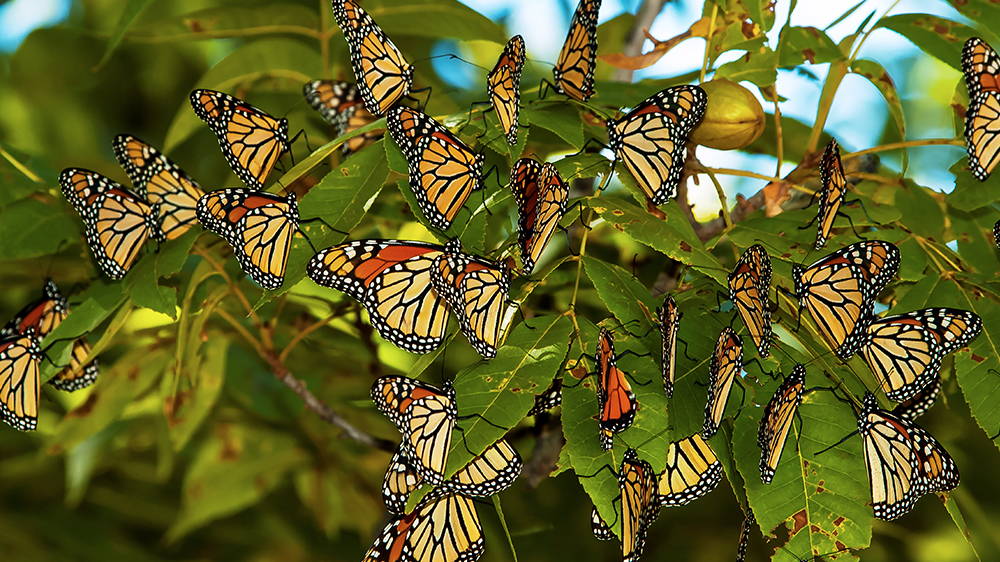 WASHINGTON, D.C. — The yearly count of monarch butterflies overwintering in Mexico, released today, shows a decrease of 53% from last year's count and is well below the threshold at which government scientists predict the migration could collapse.

"Scientists were expecting the count to be down slightly, but this level of decrease is heartbreaking," said Tierra Curry, a senior scientist at the Center for Biological Diversity. "Monarchs unite us, and more protections are clearly needed for this migratory wonder and its habitat."

In 2014, conservationists led by the Center for Food Safety and the Center for Biological Diversity petitioned the U.S. Fish and Wildlife Service to protect the butterfly under the Endangered Species Act.

The decision on Endangered Species Act protection will be issued in December of this year under a settlement with the conservation groups. Today's low count reinforces the urging of conservation groups to protect the beleaguered pollinator.

The latest population decrease is attributable to poor weather conditions during the spring and fall migrations. Monarchs have lost an estimated 165 million acres of breeding habitat in the United States to herbicide spraying and development.

Monarch caterpillars only eat milkweed, but the plant has been devastated by increased herbicide spraying in conjunction with corn and soybean crops that have been genetically engineered to tolerate direct spraying with herbicides, in particular Monsanto's Roundup and "Roundup Ready" crops. In addition, monarchs are threatened by other herbicides and by neonicotinoid insecticides that are toxic to young caterpillars and decrease the health of adult butterflies.

"Both the law and science require that we must protect monarchs under the Endangered Species Act before it's too late," said George Kimbrell, legal director for the Center for Food Safety. "Monsanto's profits cannot come before the monarch's future."

About 99% of all North American monarchs migrate each winter to oyamel fir forests on 12 mountaintops in central Mexico. Scientists from World Wildlife Fund Mexico estimate the population size by measuring the area of trees turned orange by the clustering butterflies.

Monarch butterflies west of the Rocky Mountains overwinter on the coast of California. As recently as the mid-1990s, monarchs covered nearly 21 hectares of forest in their wintering ground.

Their most recent numbers, however, were below 30,000 for the second year in a row, down from 1.2 million two decades ago.

Climate change also threatens to disrupt the monarch's migration and render its overwintering habitats unsuitable by the end of the century. 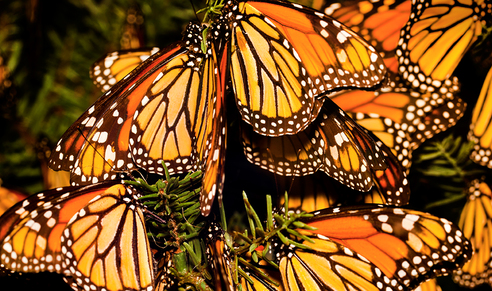