Dicamba is a plant-killing pesticide (herbicide) introduced in the 1960s that kills flowering plants of all sorts. Dicamba's pronounced tendency to volatilize and drift, damaging neighbors' crops, made it unpopular with conscientious farmers and limited its use for many years. That all changed with Monsanto's introduction of the dicamba-resistant crop system in 2017.

By genetically engineering soybeans and cotton to withstand over-the-top application of its new dicamba formulation, Monsanto opened the floodgates to massive spraying of this volatile herbicide in the heat of the summer (Figure 1). The result was devastating, and entirely unprecedented in the history of U.S. agriculture. 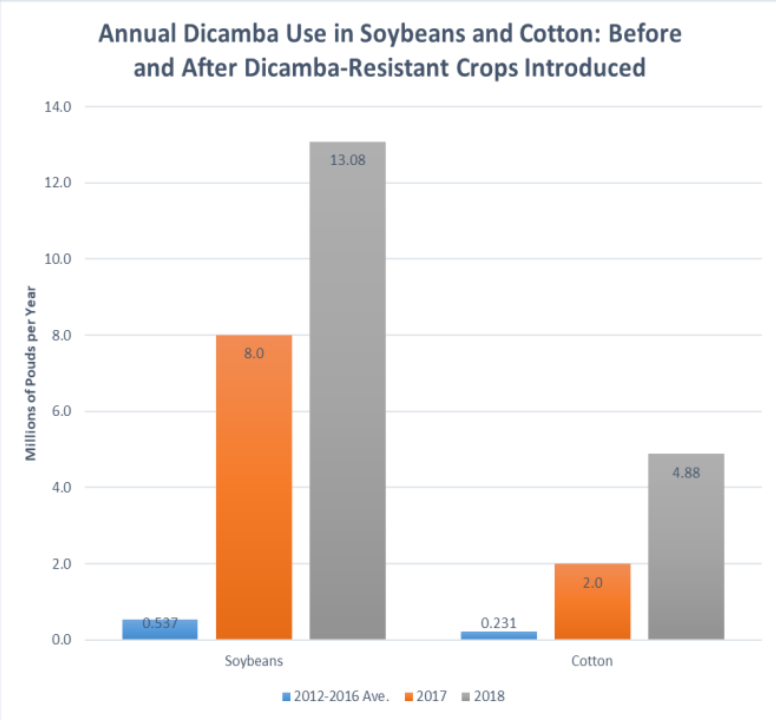 Figure 1: Annual dicamba use for soybeans and cotton before dicamba-resistant crops were introduced (average figure for 2012-2016) and the two years after broad introduction (2017, 2018). Based on EPA data.

Dicamba drifted rampantly to decimate orchards, vegetable farms, soybean fields, and backyard gardens throughout the Midwest and Mid-South, threatening farmers' livelihoods. Incredibly, as much as 1 in every 6 acres of ultra-sensitive soybeans were injured by dicamba drift in 2018 alone, over 15 million acres (Figure 2), with damage continuing unabated in 2021.  University breeders time and again saw their experimental plots ruined by dicamba drift, destroying valuable research into disease resistance, drought tolerance, and other traits of benefit to farmers—precisely the traits that Bayer/Monsanto and the other seed-pesticide conglomerates are not delivering.

With such extensive injury to crops, it's not surprising that dicamba drift and runoff also damage natural areas and wildlife refuges. Cypress trees that provide habitat to eagles and other birds are dying from dicamba in Tennessee. Trees throughout the rural Midwest and Mid-South—along field edges, in peoples' yards, and in towns—incur dicamba damage; and unlike annual plants, the injury to trees accumulates over years.

Most critically, dicamba injures or suppresses wild flowering plants that bees rely upon for nectar and pollen, thus causing huge drops in honey production and forcing some beekeeping operations to shut down. While largely unmonitored, wild bee populations are undoubtedly suffering as well. Finally, EPA revealed hundreds of dicamba damage episodes in counties with threatened and endangered species in 2021 alone. 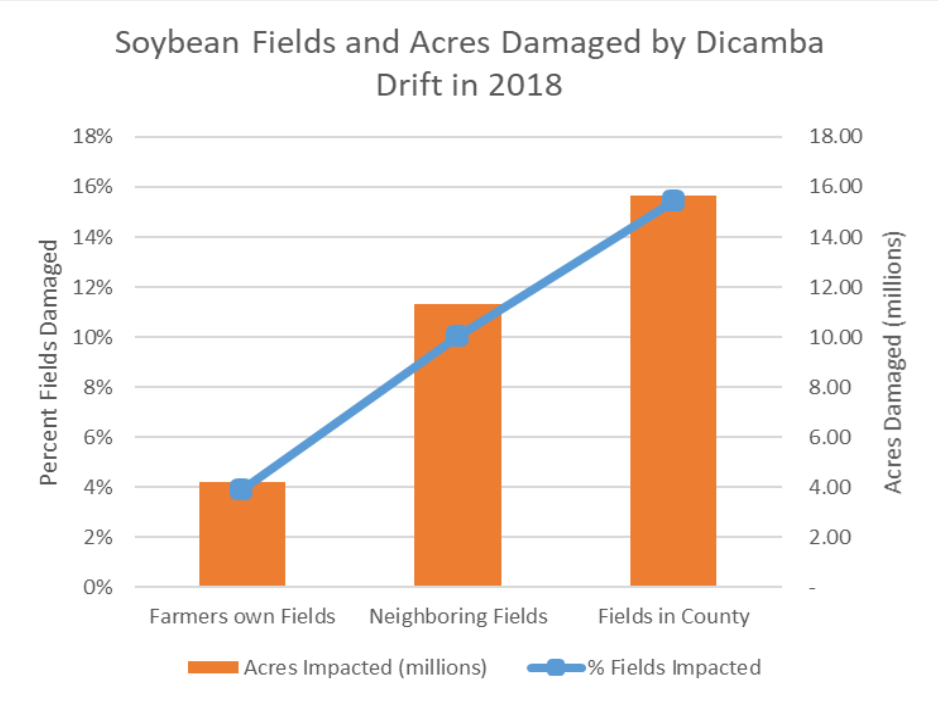 Figure 2: Farmers in 19 major soybean states were surveyed by USDA and reported dicamba damaged fields of their own, their neighbors', and in their counties.

Hazardous to your health?

Exposure to dicamba was linked to nearly twice the risk of non-Hodgkin lymphoma in Canadian farmers, while rats and mice fed dicamba exhibited a dose-dependent increase in malignant lymphomas. Yet EPA dismisses this evidence, in violation of its cancer assessment guidelines. More recently, a National Cancer Institute study shows higher rates of liver cancer in U.S. farmers highly exposed to dicamba.

The dicamba system was developed in response to a problem created by Monsanto's Roundup Ready crops that preceded it. Huge amounts of glyphosate (Roundup) sprayed on crops genetically engineered for resistance to it triggered an epidemic of glyphosate-resistant weeds on 120 million acres, just as overused antibiotics breed resistant bacteria.

Monsanto sold regulators and farmers on its dicamba system as a means to control these glyphosate-resistant weeds. Yet internal memos reveal another motive: Monsanto cynically banked on dicamba drift to coerce farmers who didn't want its seeds to buy them anyway, to protect against dicamba drift damage. In any case, weeds resistant to both dicamba and 2,4-D are quickly emerging.

In 2017, Center for Food Safety (CFS) sued EPA for unlawful approval of dicamba formulations sprayed on Monsanto's crops, on behalf of farmers and conservationists. A federal court ruled in our favor in 2020, revoking EPA's approvals and prohibiting further sales. However, months later the Trump administration re-approved dicamba, and CFS is currently leading a new challenge to those approvals.